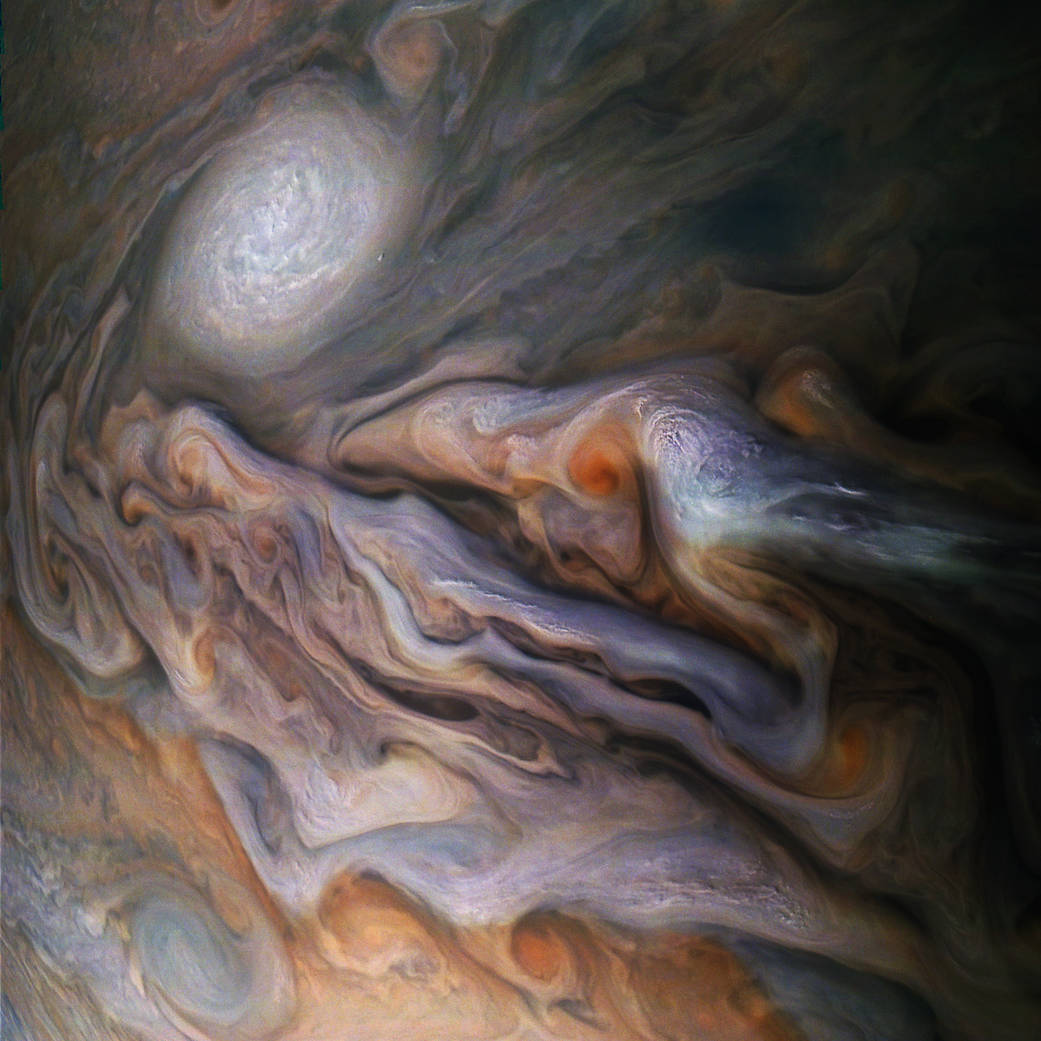 A multitude of magnificent, swirling clouds in Jupiter's dynamic North North Temperate Belt is captured in this image... Appearing in the scene are several bright-white “pop-up” clouds as well as an anticyclonic storm, known as a white oval.

JunoCam's raw images are available for the public to peruse and to process into image products at: http://missionjuno.swri.edu/junocam.