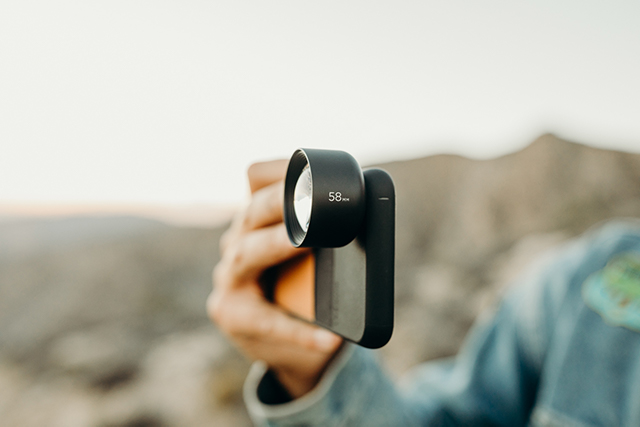 I'm a big fan of Moment's lens system for Android and iOS smartphones. The company is staffed by folks who are just as passionate about mobile photography as I am. More importantly, they seem to understand that having to buy entirely new lenses every time you land a new handset is twelve different kinds of Bullshit. With Moment's second generation lens system, all you need to do when you invest in a new smartphone is plunk down some new cash for a new photo case and you're in business. Their business model makes me feel comfortable with fielding the relatively steep cost of their high quality smartphone accessory lenses and other kit.

Today, Moment announced that they're releasing a new 58mm telephoto lens. If you're using it with a single lens smartphone like the Google Pixel 3, it'll provide you with 2X optical zoom. Have a dual camera lensed phone like my iPhone 7 Plus? You can expect 4X optical telephoto zoom. That means better photos of far away subjects, portraits and landscapes without having to deal with the pixilation that comes from using digital zoom. Having this option makes me feel much less obligated, in many cases, to bring along an actual camera with me.

I've got one on the way to me and can't wait to try it out. I'm curious to see how it performs versus the last incarnation of their tele lens. I'll post a review with a few choice shots of the lens in action just as soon as I can.

In 1992, the Federal Trade Commission opened an antitrust investigation against Microsoft; in 2001, the company settled the claims, making a slate of pro-competitive promises that were widely derided as too little, too late.

Google has long allowed you to delete all the data it's stored on you, or to turn off collection, but turning off collection altogether made its services a lot less useful (for example, it made the auto-suggested locations in the Maps app of your phone worse, forcing you to do more typing on a tiny […]