One Day in Donald Trump's Army 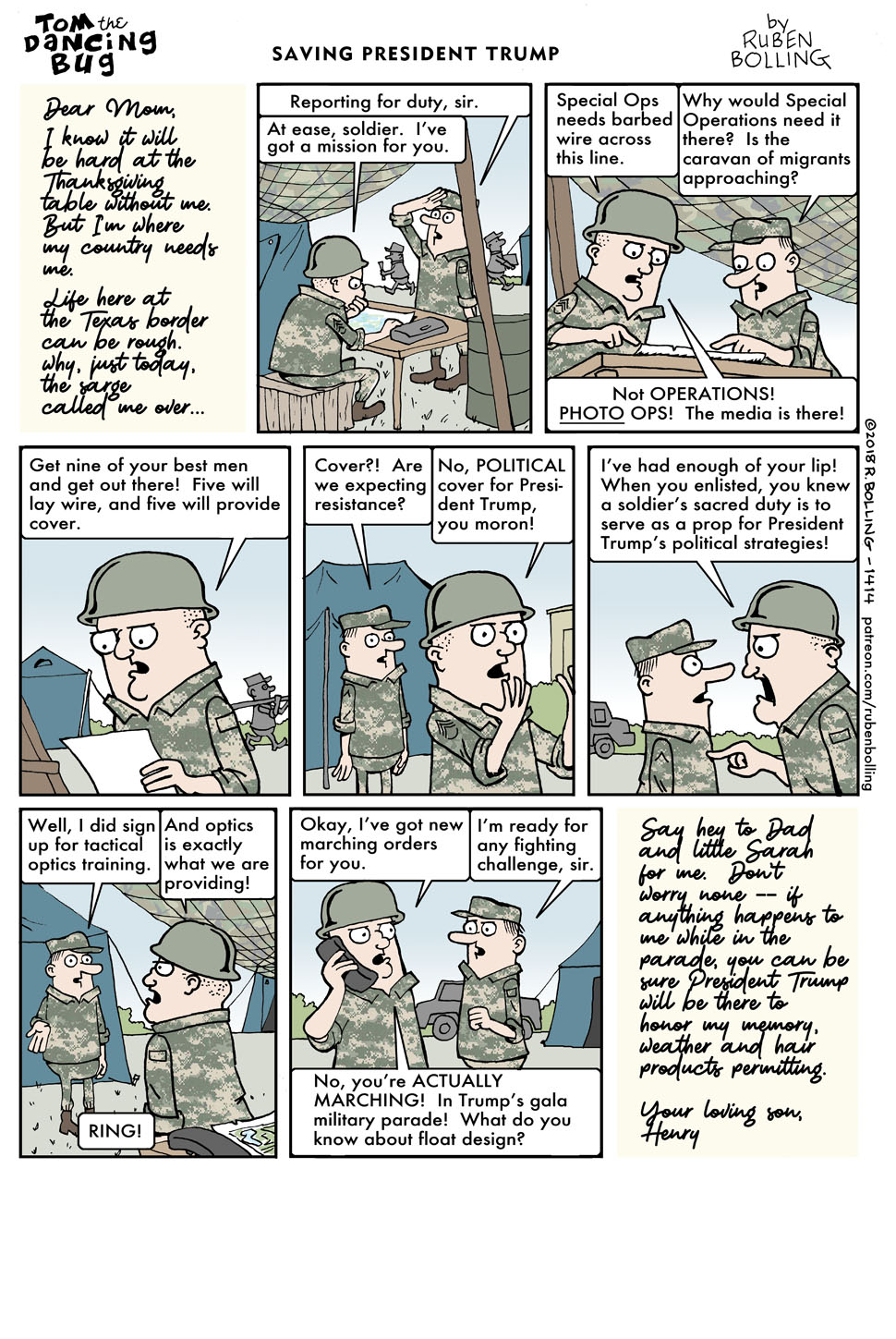 Tom the Dancing Bug, IN WHICH two soldiers in Donald Trump's Army bravely defend the political goals of Donald Trump

"Ruben Bolling is one of my cartooning heroes, and The EMU Club Adventures is seriously, mysteriously funny!" -Jeff Kinney, Diary of a Wimpy Kid

AND YOU CAN JOIN Tom the Dancing Bug's subscription club, the Proud and Mighty INNER HIVE! Members get exclusive early access to comics, extra comics, and much more.

FOLLOW @RubenBolling on the Twitters and a Face Book

FunEasyLearn can help you learn your favorite foreign language your way

Learning a new language is like stepping up to the base of Mount Everest. You know you’ve got one heck of a climb ahead of you.  But while the sheer magnitude of the task ahead scares away many climbers, the real trick is finding the path up that best fits with your skills and capabilities. […]