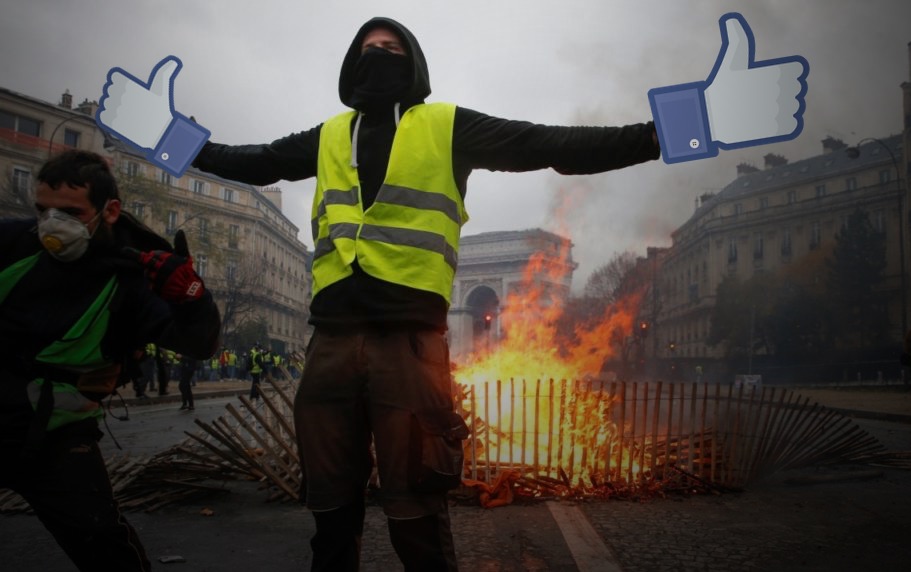 Facebook's changes to content display algorithms met with “the fierce devotion in France to local and regional identity,” and the so-called yellow jacket protests in France exploded.

This is real Sourcerer's Apprentice stuff. Social media is the real global political story. Nobody wants to admit it, because doing so always sounds like it invalidates the concerns of the often legitimately angry. But it is. It is. https://t.co/QABuXPu1fp

The Yellow Jackets movement — named for the protesters’ brightly colored safety vests — is a beast born almost entirely from Facebook. And it’s only getting more popular. Recent polls indicate the majority of France now supports the protesters. The Yellow Jackets communicate almost entirely on small, decentralized Facebook pages. They coordinate via memes and viral videos. Whatever gets shared the most becomes part of their platform.

Due to the way algorithm changes made earlier this year interacted with the fierce devotion in France to local and regional identity, the country is now facing some of the worst riots in many years — and in Paris, the worst in half a century.

This isn’t the first time real-life violence has followed a viral Facebook storm and it certainly won’t be the last. Much has already been written about the anti-Muslim Facebook riots in Myanmar and Sri Lanka and the WhatsApp lynchings in Brazil and India. Well, the same process is happening in Europe now, on a massive scale. Here’s how Facebook tore France apart.