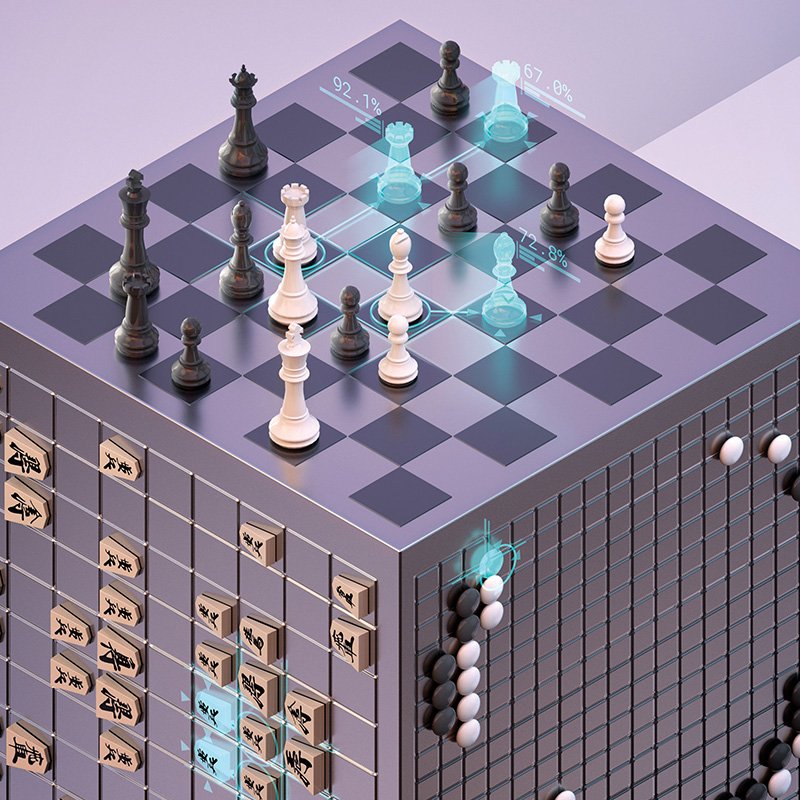 Another neural net-powered chess AI independently learned one of AlphaZero's distinctive strategies--advancing lone pawns to vulnerable but irritating positions in the endgame--suggesting that it might be "a critical winning strategy" for human players to emulate.

In this game of chess, black deploys the Sicilian Defence against 1: e4 to no avail, but follows adroitly with the Trash Talking Like An NPC Gambit. Will it be enough? The battle commences 40s in. Previously: Chess grandmaster takes on mouthy hustler

Turkish sculpture Necati Korkmaz makes tiny works of art, most of which can only be fully appreciated with a magnifying glass. His latest effort is a chess set smaller than a thumbtack. The board is 9 millimeters square and the pieces, around 1.5-3 millimeters in size, are moved with tiny sticks. Korkmaz hopes to be […]