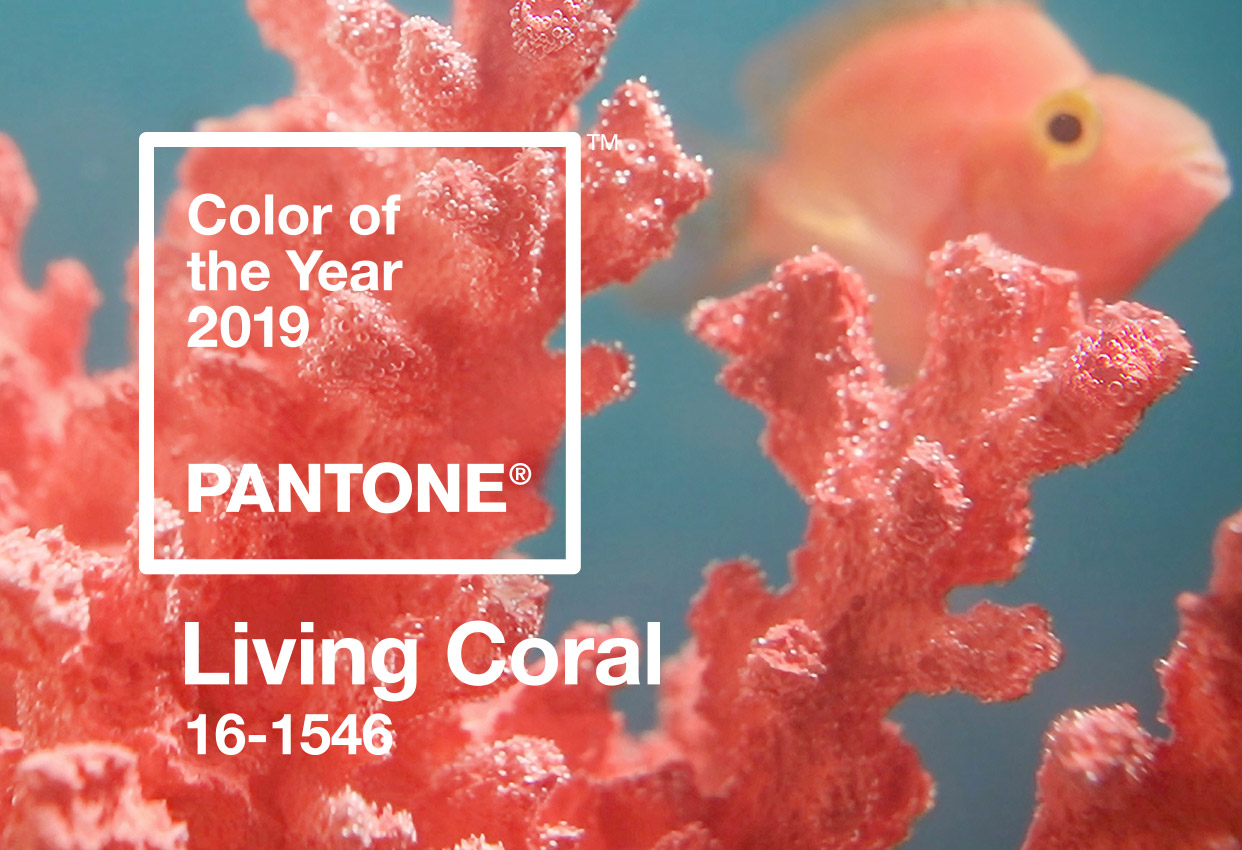 In 2019, we'll move out of Ultra Violet and into Living Coral, according to the Pantone Color Institute. Their color experts have determined that their Color of the Year will be the "vibrant, yet mellow" PANTONE 16-1546.

Here's what they have to say about this "life-affirming" shade:

In reaction to the onslaught of digital technology and social media increasingly embedding into daily life, we are seeking authentic and immersive experiences that enable connection and intimacy. Sociable and spirited, the engaging nature of PANTONE 16-1546 Living Coral welcomes and encourages lighthearted activity. Symbolizing our innate need for optimism and joyful pursuits, PANTONE 16-1546 Living Coral embodies our desire for playful expression.

Representing the fusion of modern life, PANTONE Living Coral is a nurturing color that appears in our natural surroundings and at the same time, displays a lively presence within social media.

How do they come to pick their Color of Year? Well, they write that "the selection process requires thoughtful consideration and trend analysis" and that their color experts "comb the world looking for new color influences."

Don't get me wrong, it's a lovely color, but the cynic in me is screaming, "But climate change is bleaching the coral reefs!"

(After I wrote this up, I found this searing Slate article that agrees with me, "Pantone might as well have named it 'The Rare Coral That Has Not Yet Been Bleached, as It Inevitably Someday Will in This Increasingly Toxic Toilet Bowl We Call Earth.'")