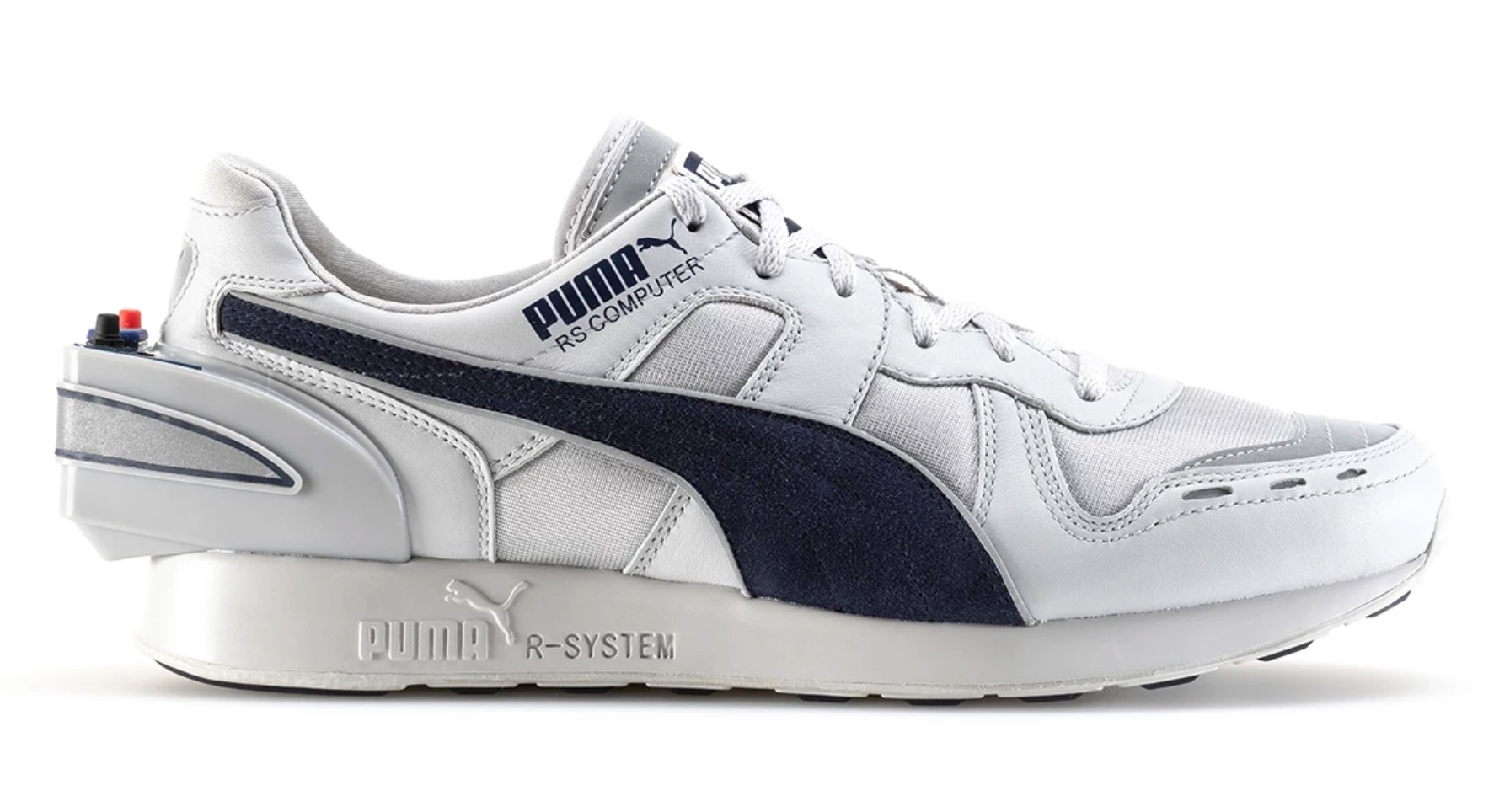 In 1986, Puma gave new meaning to the word sneakernet with the introduction of its RS-Computer running shoe that integrated a digital pedometer in the heel that could interface with your Apple IIe or Commodore 64 computer. See vintage video below. Now the RS-Computer is back with contemporary technology. I just wouldn't recommend wearing them through airport security. From Hypebeast:

Updating the 33-year-old trainer for today, PUMA’s updated version no longer requires a 16-pin cord. It can be charged via USB and can now connect wirelessly to your mobile phone via Bluetooth. Other updated features include a miniature 3-axis accelerometer, an extended memory that records 30 days worth of running data, LED indicators, and a rechargeable lithium-polymer battery.

Sampla is a sustainable footwear startup from Ireland, and in their current Kickstarter campaign, they’re offering a new pair of animal-friendly shoes made from … apples?! Rethinking the classic tennis shoe, the upper material of our shoe is made from a vegan material called AppleSkin™. It is made using repurposed apple waste from the juice […]