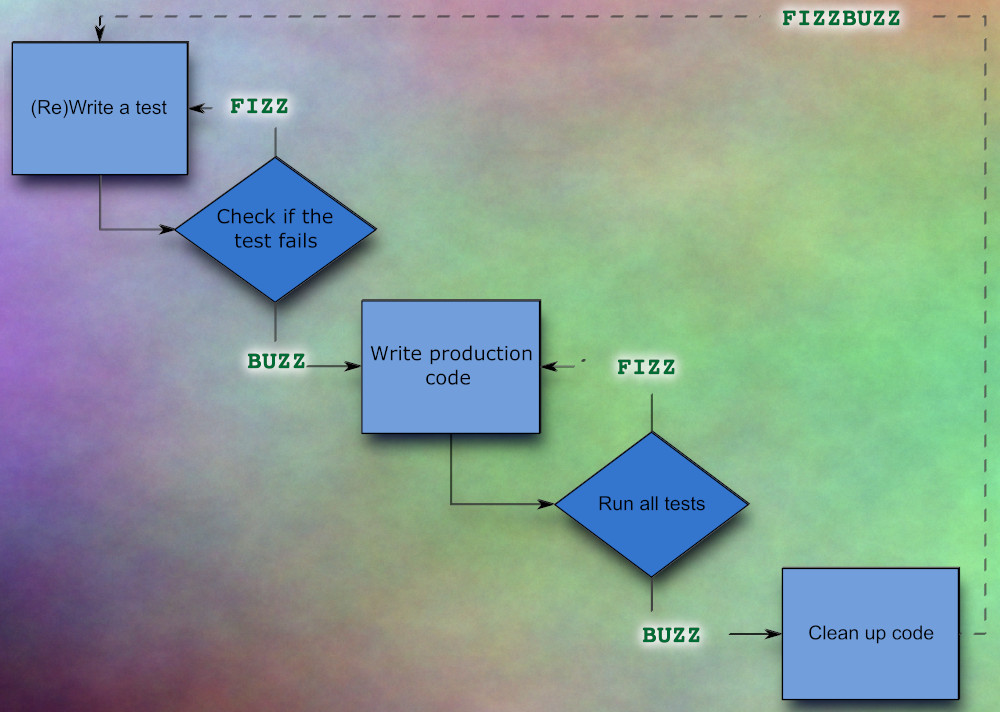 The players divide into five groups, each tasked with a different component of writing a program to output correct Fizz Buzz sequences:


2. Numbers that are divisible by 3, replace with "Fizz"


3. Numbers that are divisible by 5, replace with "Buzz"

Teams can whiteboard and discuss together, but teams can only contribute code related to their task, checking it into a source control repository. That's when it gets interesting:

Once you have a working (green) build on a skeleton solution (i.e., one that compiles and runs at least one dummy test), the build must not go red. This is an exercise on delivering as a team WITHOUT BREAKING THE BUILD. OK? If the build goes red again, the exercise is over.

Lots of people asking about Evil FizzBuzz. So here are the instructions: (1/)