This brown leaf is actually a butterfly 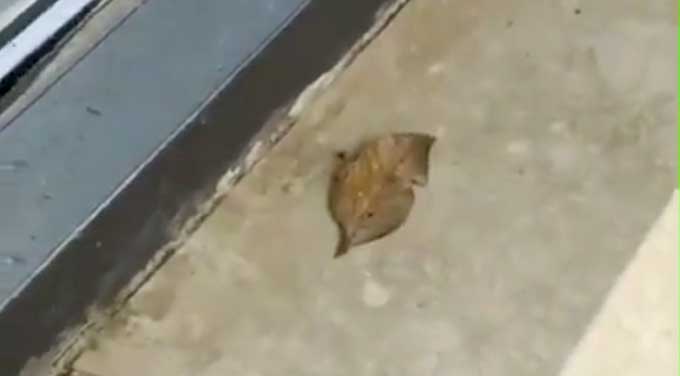