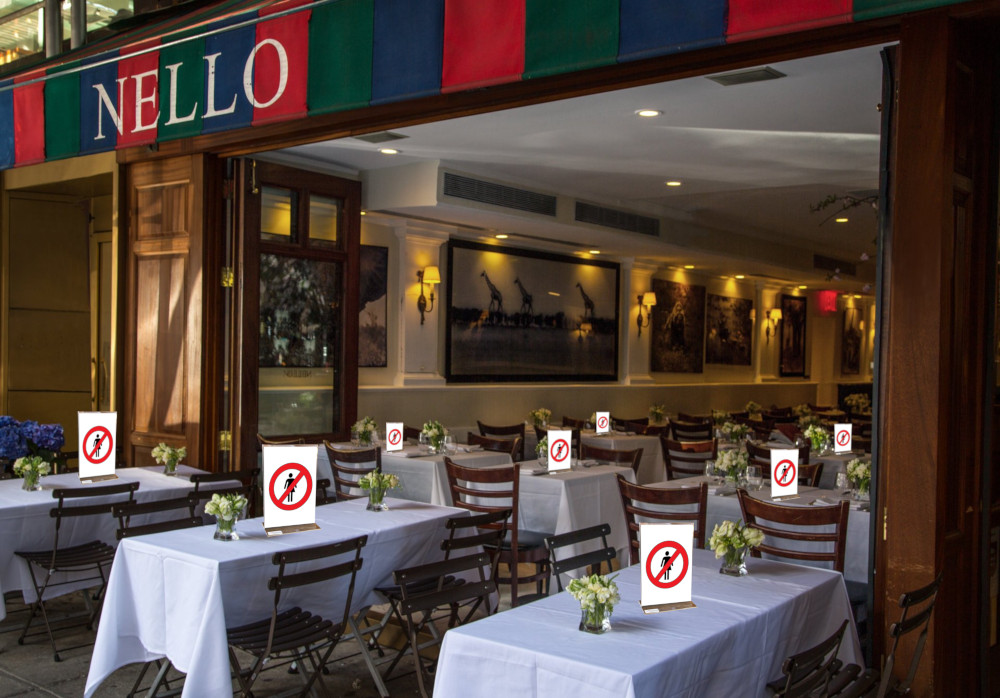 After marketing executive Clementine Crawford published an essay about being banned from eating at the bar at her favorite New York restaurant, Nello (a notorious ripoff joint), because the owner (already notorious for labor abuses) was "cracking down on escorts" and had decreed that only men would be permitted to dine at the bar, The Cut tried to get a comment on it from Balan, whose employees repeatedly hung up on them.

According to Crawford, when she told the owner that his policy was unfair and discriminatory and reminded him that she was a regular who'd spent a small fortune eating at his bar, the owner said "he could run his business as he pleased, and that I was no longer welcome to eat at the bar, only at a table."

I travel a lot and one of my favorite things to do when I'm out of town is "take myself out on a date." Often I've been in intensely social situations all day, speaking to a crowd, or being in close company with a group of colleagues, and -- hermit that I am -- I'm ready for some solo time.

So I'll go to a nice restaurant, the kind of place you usually need a reservation for, and just get a seat at the bar, where I can eyeball the whisky selection and find a really nice one to sample, and then I order stinky things that I normally avoid because my wife won't kiss me after I've eaten them (she's allergic to shellfish, so this is my chance to eat a lot of oysters).

Refusing to seat women at the bar is all kinds of wrong, and as a fellow hardcore traveller, my heart goes out to Crawford. As to Balan, between his disrespect for all women, his disrespect for his workers, and his disrespect for sex workers, well, New York has a a lot of great restaurants to choose from, and Eater description of Nello ("known for its luxe scene, mediocre food, and ridiculous prices") makes it clear that even without the gender discrimination and labor issues, there's no reason to try the place.

Angry at an apparent double standard, Crawford reportedly flagged down a waiter she “knew best,” who, she says, quietly advised that she “shouldn’t cause a scene and that there was nothing to be done.” Crawford, however, didn’t let it drop: She pressed the matter, and says that she eventually found out the owner, Nello Balan, intended to “crack down” on escorts. Apparently, he had made some assumptions about her job, which — while not offensive to Crawford — smacked of discrimination. Crawford says she asked to speak to the Balan (who, incidentally, has been sued by his workforce for allegedly withholding pay and allegedly breaking other labor laws): “He told me that he could run his business as he pleased, and that I was no longer welcome to eat at the bar, only at a table,” she writes.

When I called Nello for comment, the maitre d’ hung up on me twice, the second time saying that the owner was not available, and to call back later. (The staffer ended the call as I asked when the owner would return.) An emailed request for comment had not been answered at time of publication.