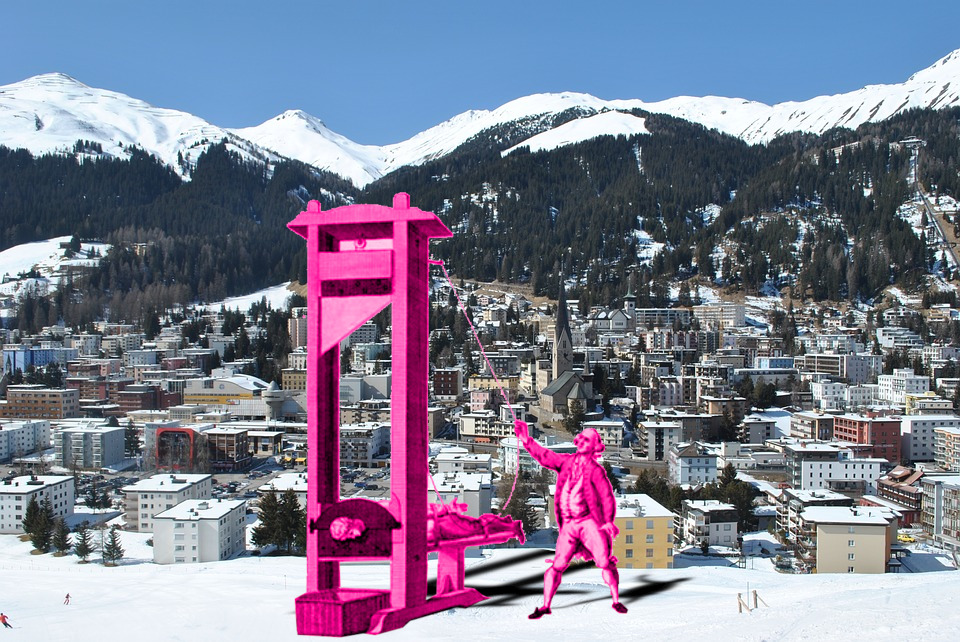 With the World Economic Forum kicking off in Davos, Switzerland -- where the super-rich are already decrying Alexandria Ocasio-Cortez's massively popular 70% tax-rate on earning over $10,000,000 -- it's a great time to revisit Anand Giridharadas's must-read 2018 book Winners Take All: The Elite Charade of Changing the World, in which the former McKinsey consultant and Aspen Institute fellow catalogs the way that the super-rich have starved their host-nations of the funds needed to operate a functional civilization, and then laundered their reputations by dribbling back some of that looted booty in the form of "philanthropic donations" that always seem to redound to their personal benefit.

In a long essay adapted from Winners Take All, published in The Guardian, Giridharadas uses Davos as a jumping off point to explain his thesis and update it for 2019's facts-on-the-ground. While this essay is no substitute for reading Giridharadas's book, it's an excellent introduction to his ideas.

There is no denying that today’s American elite may be among the more socially concerned elites in history. But it is also, by the cold logic of numbers, among the more predatory. By refusing to risk its way of life, by rejecting the idea that the powerful might have to sacrifice for the common good, it clings to a set of social arrangements that allow it to monopolise progress and then give symbolic scraps to the forsaken – many of whom wouldn’t need the scraps if society were working right. It is vital that we try to understand the connection between these elites’ social concern and predation, between the extraordinary helping and the extraordinary hoarding, between the milking – and perhaps abetting – of an unjust status quo and the attempts by the milkers to repair a small part of it. It is also important to understand how the elites see the world, so that we might better assess the merits and limitations of their world-changing campaigns.

There are many ways to make sense of all this elite concern and predation. One is that the elites are doing the best they can. The world is what it is, the system is what it is, the forces of the age are bigger than anyone can resist, and the most fortunate are helping. This view may allow that elite helpfulness is just a drop in the bucket, but reassures itself that at least it is something. The slightly more critical view is that this sort of change is well-meaning but inadequate. It treats symptoms, not root causes – it does not change the fundamentals of what ails us. According to this view, elites are shirking the duty of more meaningful reform.

But there is still another, darker way of judging what goes on when elites put themselves in the vanguard of social change: that doing so not only fails to make things better, but also serves to keep things as they are. After all, it takes the edge off of some of the public’s anger at being excluded from progress. It improves the image of the winners. By using private and voluntary half-measures, it crowds out public solutions that would solve problems for everyone, and do so with or without the elite’s blessing. There is no question that the outpouring of elite-led social change in our era does great good and soothes pain and saves lives. But we should also recall Oscar Wilde’s words about such elite helpfulness being “not a solution” but “an aggravation of the difficulty”. More than a century ago, in an age of churn like our own, he wrote: “Just as the worst slave-owners were those who were kind to their slaves, and so prevented the horror of the system being realised by those who suffered from it, and understood by those who contemplated it, so, in the present state of things in England, the people who do most harm are the people who try to do most good.”