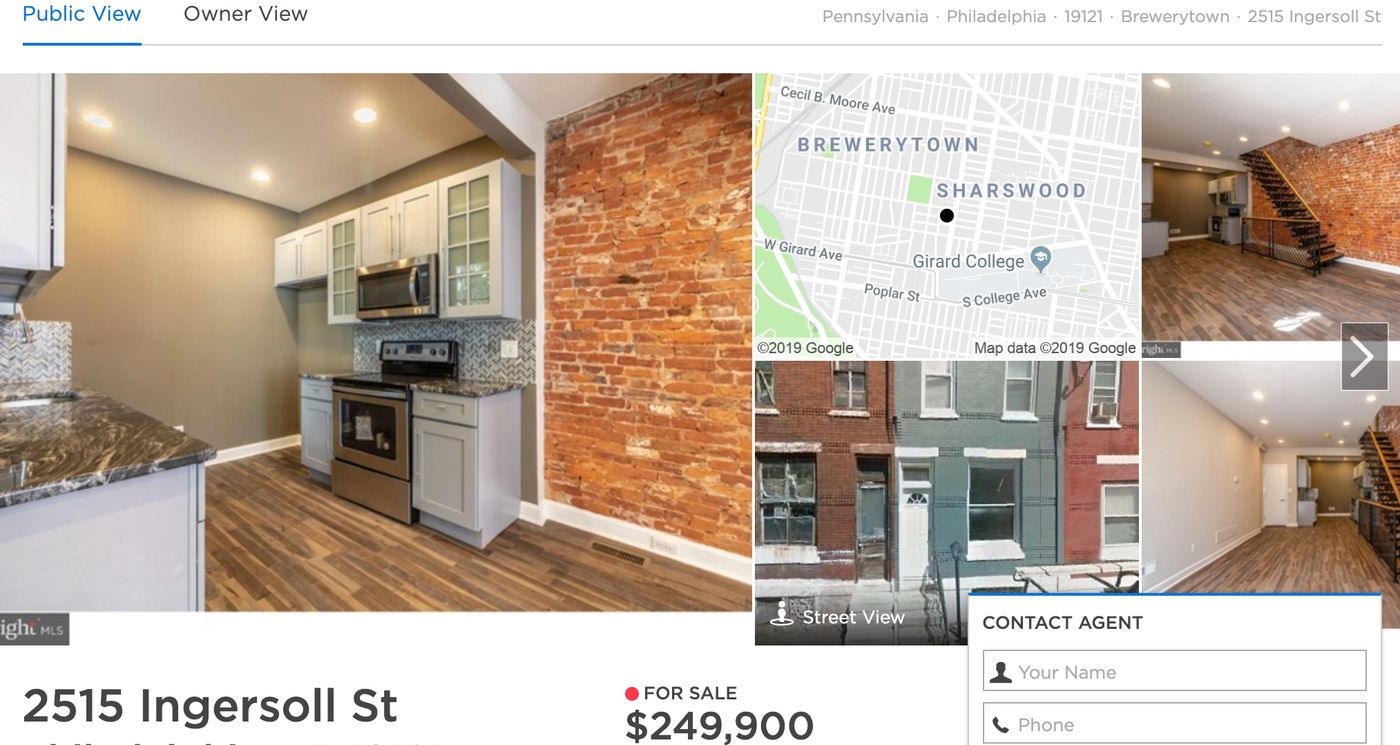 At least six empty houses owned by the estates of Philadelphians ended up in the hands of William Ernest Johnson III, a violent felon currently on parole; the houses were then sold on to developers who renovated and flipped them.

The houses were stolen by providing Philadelphia's city deeds office with forged deed transfers, either bearing the stamps of notaries who say they were tricked, or forged notary stamps (either from nonexistent notaries, or from notaries who say the stamps were forged -- including the wife of a former state senator).

Pennsylvania does not require that notaries capture a thumbprint when notarizing a document.

There have been other waves of house thefts in the past, but those were sophisticated identity-theft crimes that involved merging multiple data-sets from online breaches to impersonate the house's owner and secure a duplicate deed. However, in this case, it seems that a combination of poor checking at the Philadelphia city deeds office and lax standards for Pennsylvania notaries meant that even a dumdum could simply rip off houses wholesale.

Johnson denies being that dumdum. However, at least one of the flipped houses was laundered through his wife, who was convincingly angry and surprised when the Philadelphia Inquirer asked her about it, implying that she'd been scammed by him. Then Johnson called the reporter and said, "I wanted to know if I could offer you something. What is it going to take for you not to mention my wife’s name?"

The stolen houses had been owned by longtime residents who died without clear estates, or whose distant relations had not moved quickly to sell them on.

How a House Is Stolen

1 Sheriff’s sales lists and public records are searched for properties with unpaid taxes and overdue mortgages. Deeds are scoured for properties that have been off the market for decades, a sign they might be abandoned with dead or absent owners.

2 A visit is paid to the property to chat up neighbors — is the owner dead? Does anybody stop by? Are there family members who show interest in the house?

3 A deed is forged. A blank deed can be purchased for a few dollars and a sale fabricated. A crooked notary is used to validate the document. Sometimes a notary’s signature and seal are simply forged.

4 The doctored deed is filed with the city deed room in City Hall. A modest transfer tax is paid and the property now belongs to the thief.

5 The property is flipped. Sometimes it is transferred first to a confederate or fictional buyer to launder the title’s shady history. Ultimately it is sold to a legitimate buyer, often a developer, for cash.