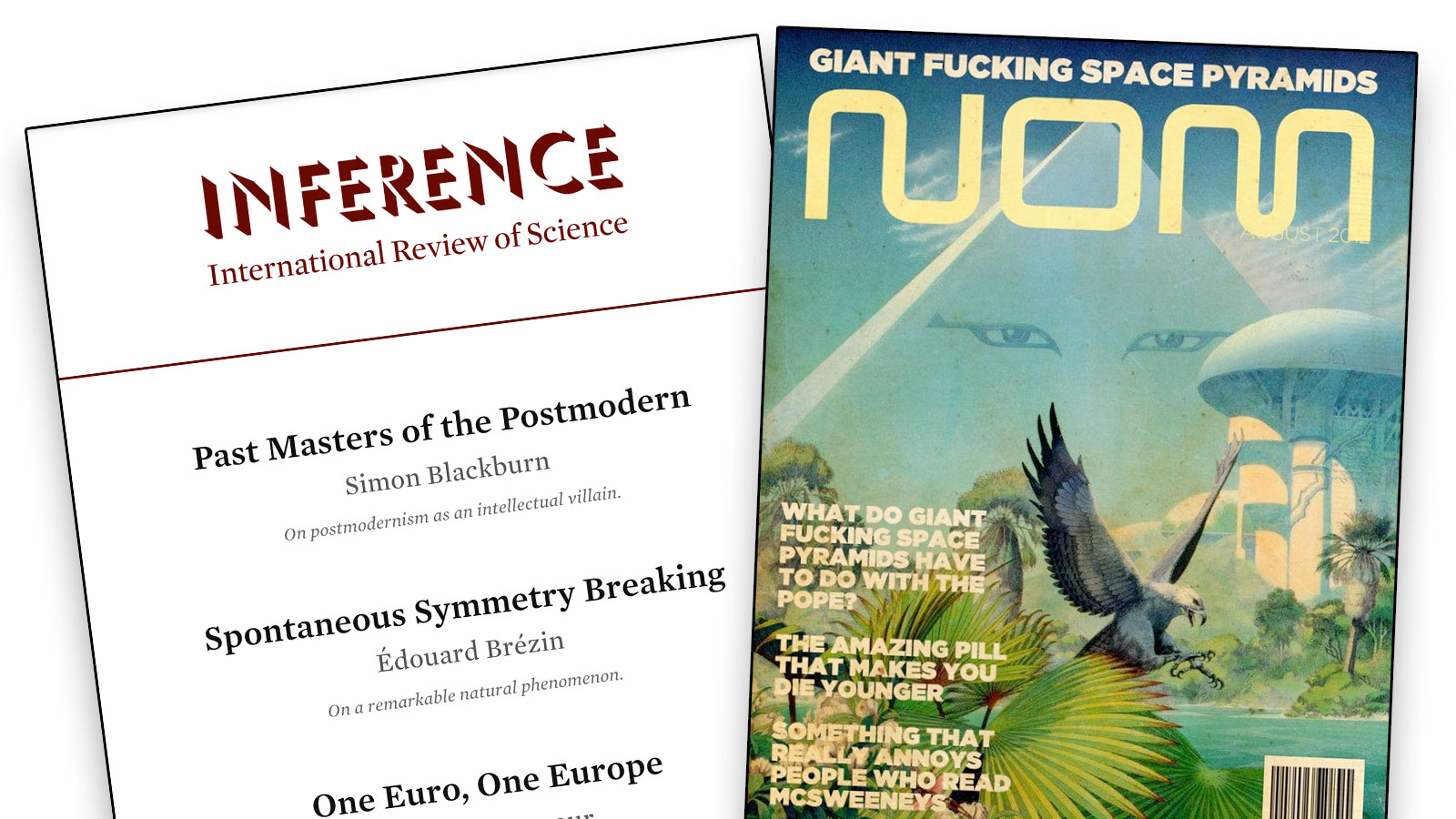 Adam Becker was invited to write for Inference, a "quarterly review of the sciences" backed by billionaire Peter Thiel. Inference covers all sorts of interesting subjects, but has an alarming tendency to make no distinction between pseudoscience and the real thing: think Omni but with the dry imprimatur of academic style instead of cool paintings. So Becker went down the rabbithole (instead of getting paid by it) and wrote up a profile of the publication for Undark.

A declaration in italics on their masthead gave me pause: “We have no ideological, political, or religious agendas whatsoever.” This struck me as unusual over-emphasis, so I did a little digging and came across a 2014 blog post by the computer scientist Jeffrey Shallit, where he muses on the first issue of this new “science” publication, adding: “the weirdness is strong — very strong — with this one.”

It sounds like the kind of thing I'd love—indulgent longreads about weird science—but the reality of such things in 2019 is climate denial and creationism and Noam Chomsky not responding to press inquiries about why he's on its board.

(Pictured above is, in the lack of Inference having any screenshottable visual character whatsoever, my own devising of what a Boing Boing Journal of Junk Science might look like -- perhaps it is time!)