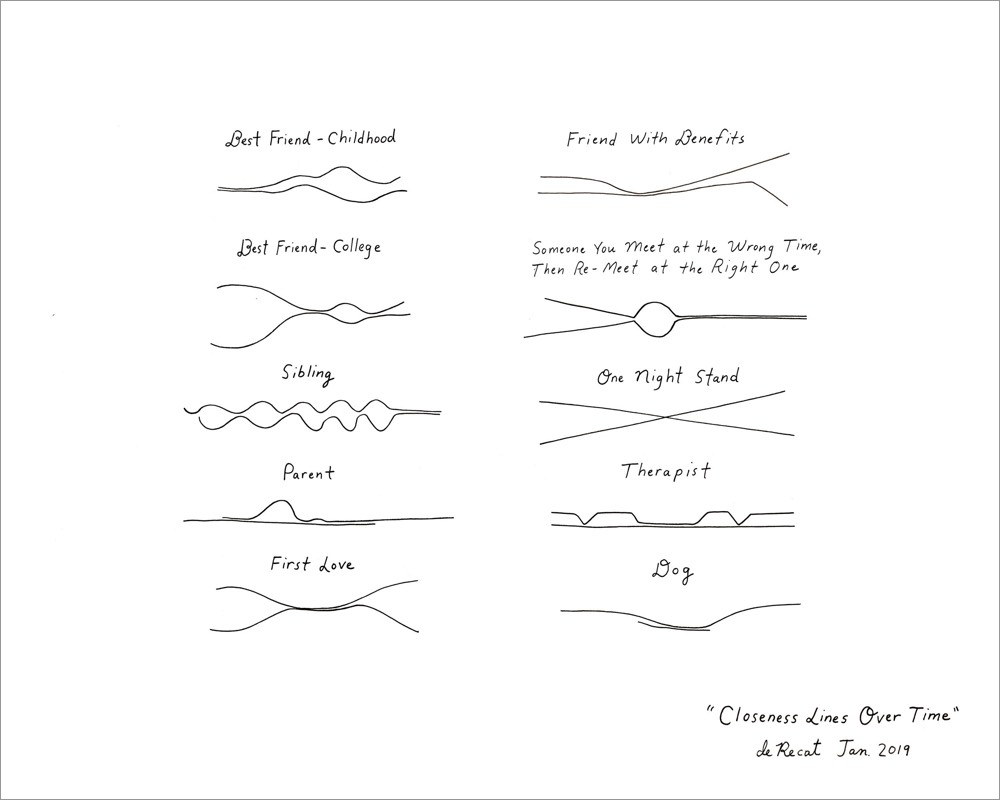 Kottke spotted Olivia de Recat's curiously affecting illustrations of how relationships change over time and I can't help but signal boost. Hopefully she'll be taking orders for prints again soon: "In the meantime, you can take a look at some of her other cartoons (mostly for the New Yorker), peruse her shop, or follow her stuff on Insta."