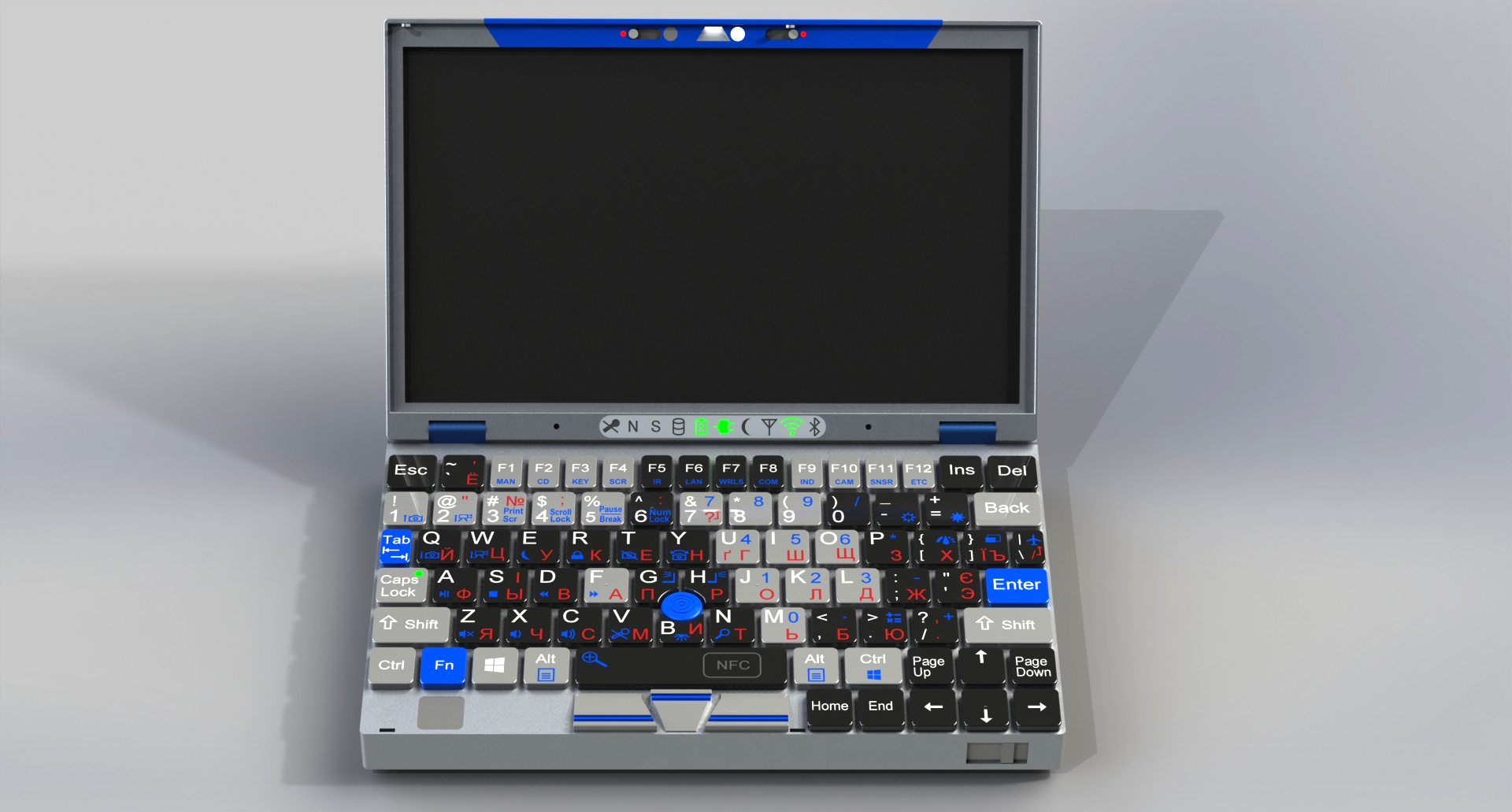 Sukhe's plan for an "adminbook" is an audacious, well-developed plan for a laptop tailored to the needs of network administrators: small, intended for use in dark, cramped places, convertible into an external drive or display for headless systems or those needing their ROMs flashed, multilingual, with many options for I/O and power.

It's also the kind of heroically ugly device that you get when functionalism is the sole consideration. Notwithstanding Don Norman's important thoughts on the importance of aesthetics to function, I flat-out love this thing. It's pretty much everything I loved about Thinkpads, and which Thinkpads have been steadily whittling away for a half-decade (my latest machine, a sixth-generation X1, is such a lemon that I'm actually on the verge of throwing it away, and if it wasn't for my allegiance to trackpoints I'd be considering one of those Linux-certified Dells).

These are just renders; and Sukhe says that all the components fit -- in theory. But there's a lot of potential engineering snags on the road from render to production. Still, if these ever get crowdfunded, consider me an early backer.

A quality keyboard is very important for me. “Quality” there means the fastest possible typing and hotkey speed. It needs to be so “matter-of-fact” I don’t have to think about it at all, as if it types seemingly by force of thought.

This is possible if the keys are normal size and in their typical positions. But the adminbook is too small for that. In width, it is even smaller than the main block of keys of a desktop keyboard. So, you have to work around that somehow.

After a long search and numerous tests, I came up with what you see in the picture:

This keyboard has the same vertical key distance as on a regular keyboard. A horizontal distance decreased just only 2mm (17 instead of 19).

You can even type blindly on this keyboard! To do this, some keys have small bumps for tactile orientation.

However, if you do not sit at a table, the main input method will be to press the keys “at a glance”. And here the muscle memory does not help — you have to look at the keys with your eyes.

To hit the buttons faster, different key colors are used.

For example, the numeric row is specifically colored gray to visually separate it from the QWERTY row, and NumLock is mapped to the “6” key, colored black to stand out.

To the right of NumLock, gray indicates the area of the numeric keypad. These (and neighboring) buttons work like a numeric keypad in NumLock mode or when you press Fn. I must say, this is a useful feature for the admin computer — some users come up with passwords on the numpad in the form of a “cross”, “snake”, “spiral”, etc. I want to be able to type them that way too.

As for the function keys. I don’t know about you, but it annoys me when, in a 15-inch laptop, this row is half-height and only accessible through pressing Fn. Given that there’s a lot free space around the keyboard!

The adminbook doesn’t have free space at all. But the function keys can be pressed without Fn. These are separate keys that are even divided into groups of 4 using color coding and location.

A small notebook for a system administrator [Sukhe/Habr] (Thanks, Jeffrey!)