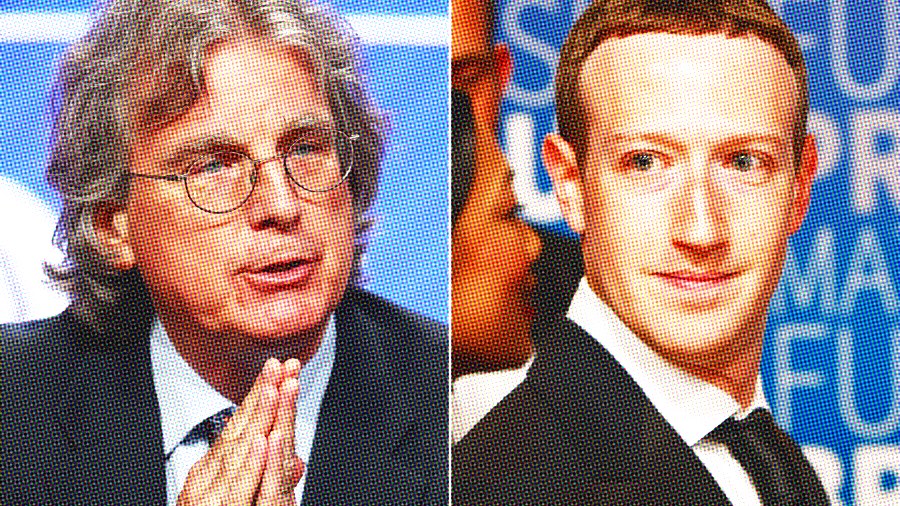 I can't stop reading my just-out-today hardcover copy of Roger McNamee's new book, 'Zucked: Waking up to the Facebook Catastrophe.' I pre-ordered 'Zucked' last week on my phone when I was out for coffee with my friend Mike Backes (buy his book!), who was so enthralled with it he couldn't put his pre-release copy down, and he carried it with him that day. I stopped what I was doing when the Amazon delivery guy handed it to me a few hours ago. I'm a couple hundred pages in to 'Zucked' now. I get it.

The book drops as Facebook is once again in headlines for privacy, ethics, and security lapses with catastrophic consequences on our world and our lives.

Here's a 'Zucked' excerpt I highlighted in my copy that seems so relevant to this week's Bad Facebook News...

The people at Facebook live in their own bubble. Zuck has always believed that connecting everyone on earth was a mission so important that it justified any action necessary to accomplish it. Convinced of the nobility of their mission, Zuck and his employees seem to listen to criticism without changing their behavior. They respond to nearly every problem with the same approach that created the problem in the first place: more AI, more code, more short-term fixes. They do not do this because they are bad people. They do this because success has warped their perception of reality. They cannot imagine that the recent problems could be in any way linked to their designs or business decisions. It would never occur to them to listen to critics–How many billion people have the critics connected?–much less to reconsider the way they do business. As a result, when confronted with evidence that disinformation and fake news had spread over Facebook and may have influenced a British referendum or an election in the U.S., Facebook followed a playbook it had run since its founding: deny, delay, deflect, dissemble. Facebook only came clean when forced to, and revealed as little information as possible. Then it went to Plan B: apologize, and promise to do better.

Appearing with host Ali Velshi on MSNBC earlier today, McNamee was asked about those “changes” and “improvements” Facebook seems to be announcing just about every day now -- they're “largely cosmetic,” said McNamee, who cited the recent story about that research app that “spied on everyone, grabbed data off iphones,” and pointed out that Facebook was accused of “breaking in illegally around the app store” to pull it off.

[ Here's Cory Doctorow's post for Boing Boing about Project Atlas, as the whole debacle was known. There was a follow-up, too.]

Most of the victims in that Facebook stunt were “under 18, minors,” and just last week Facebook was “busted in a lawsuit designed to trick kids into running thousands of dollars up on their parents credit cards.”

The problem, McNamee said, is that “the incentives of the company are misaligned with the needs of the people who use it, and our democracy.”

McNamee “mentored Mark Zuckerberg,” as a recent TIME cover story headline read. McNamee is a longtime technology investor and co-founder of Elevation Partners, and isn't suggesting that everyone unplug and run to the hills to off-grid Unabomber cabins.

“We, the humans formerly known as users, have way more power than we realize,” said McNamee on MSNBC today.

“We don't have to spend as much time on Google and Facebook. I'm not saying to delete them, but spend a lot less time there. Work your senators and your congresspeople and let them know more change is required.”

Zucked: Waking up to the Facebook Catastrophe.'
(That's an Amazon link, a portion of which benefits the writer of this blog post.)

Roger will be on a book tour, and if you're as obsessed with Facebook's slow-motion implosion as I am, it's probably worth going. Dates below, and updated here.

Thank you, @nytimes! I wrote Zucked to help people understand and protect themselves from the dark side of internet technology. We, the humans-formerly-known-as-users, have much more power to effect change than we realize. Let’s do this together.https://t.co/xYfLwTnFQt

Facebook’s early motto was “Move Fast and Break Things.” “It wasn’t that they intended to do harm so much as they were unconcerned about the possibility that harm would result,” says early Facebook investor Roger McNamee. WATCH the full film: https://t.co/LTNKsUa4l5 pic.twitter.com/a0rvtIUVKp

"The more frightening dystopia is the one no one warned you about, the one you wake up one morning to realize you’re living inside."

You will not regret reading Tom Bissell on Roger McNamee's "Zucked." https://t.co/maJrjMq7ba

"I have converted from being an investor in technology to being a critic of companies that I was part of helping to build." Roger McNamee discusses "Zucked: Waking Up to the Facebook Catastrophe." https://t.co/ZntV5GIGNp