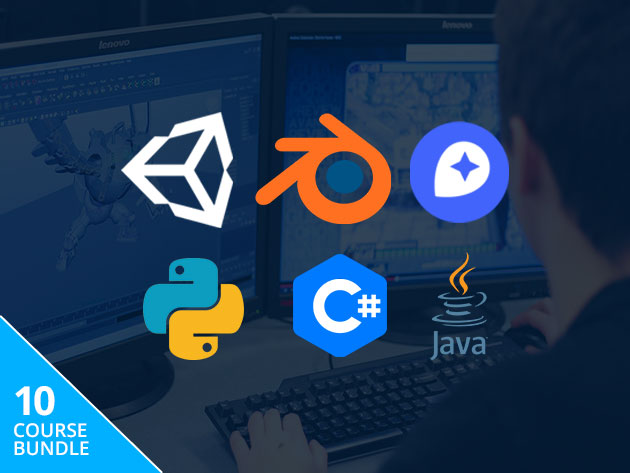 Breaking into the indie video game market may be easier than you think. It all starts with an idea, and then it's a matter of finding the right development platform to bring it to life. No matter what that platform is, it's a good bet that it's covered in the 2019 Game Dev & Design Mega Mastery Bundle, an online course designed for budding developers.

This bundle covers it all in ten courses and 160 hours of training. You'll get hands-on training in Java and Python by using them to create a reasonable facsimile of the viral hit Flappy Bird. If you see your world in higher-def, you'll want to pore over the sessions on Unity 5 and Blender, and how they can be used to create stunning visuals and smooth first-person shooters. You'll even learn how to use platforms like Mapbox to build the next hit AR app.