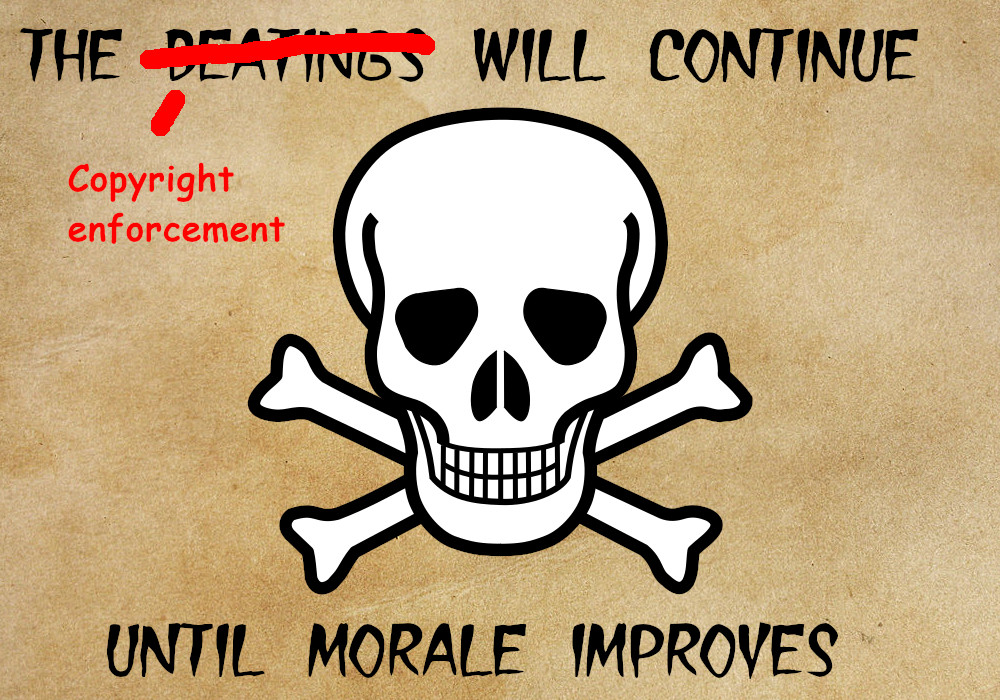 It's been 20 years since Napster burst on the scene, and after decades of lawsuits, draconian criminal penalties, even no-knock gunpoint search warrants, there remains no evidence that "copyright enforcement" has a measurable impact on copyright infringement -- and at the same time, there's persistent, credible evidence that infringement goes down when product offerings get better and prices get more reasonable.

The latest example comes from New Zealand, where a survey of 1,000 people found that copyright infringement is in freefall, and that the biggest predictor of whether someone pays for something is whether it is available at a good price and in a timely manner (AKA "Netflix is killing content piracy").

A couple important caveats: the study was paid for by telcoms company Vocus, and I can't find the survey's raw data or sampling methodology online.

But the headline findings are pretty compelling: 75% of respondents use free-to-air TV as their preferred video service, 58% pay for movie tickets, and 55% subscribe to Netflix or one of its competitors; while only 11% use illegal streams and only 10% download infringing torrents.

The findings replicate earlier research, and more importantly, they come at a critical juncture, when NZ is contemplating internet censorship orders inspired by the catastrophic Australian law that was recently rammed through Parliament.

NZ has been a hotbed of copyright activism, with the country experiencing an uprising a decade ago that killed a proposal to have households disconnected from the internet if a single member was accused (without proof) of copyright infringement -- and then the law was revived by an MP who threatened to hold up aid to earthquake-stricken Christchurch if the disconnection orders were not attached to the emergency bill as a rider.

Today, the EU is just weeks away from enacting the worst internet censorship law in the history of the western world, in the name of fighting infringement -- a rule that will reduce competition in both the online and media industries, leading to higher prices and more "market windowing" that delays releases of popular works. And since pricing and availability are the biggest drivers of copyright infringement, the EU is on a collision course with much higher levels of infringement, and drastically curtailed internet freedom.

Bridy pointed to a number of international, US, and EU studies that all show that users will quickly flock to above-board options when available. Especially given the potential privacy and security risks involved in downloading pirated content from dubious sources.