Cheap but great JoyCon grips for the Nintendo Switch 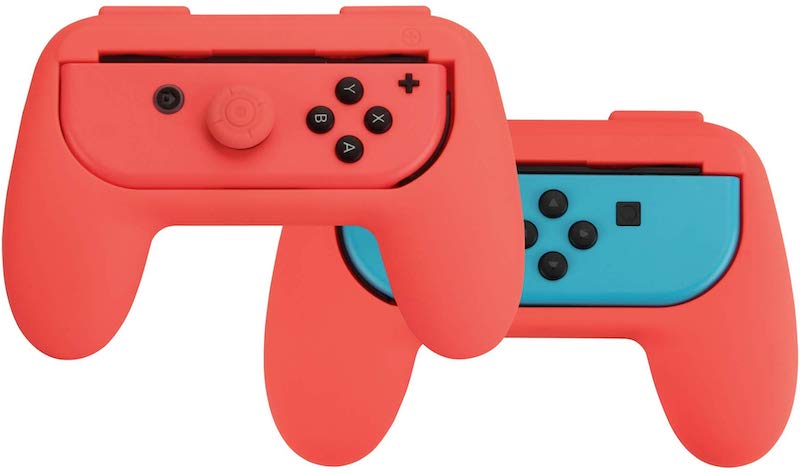 For less than $12 delivered these have improved my Switch experience. JoyCons firmly pop into these ABS grips, and while the firmness of the buttons takes a game or two to get used to, these fit my hand far better than the stand-alone JoyCon.

The button tops also help my CTS prone hands from tiring as quickly.