They were... Socialist Invaders from the Future! 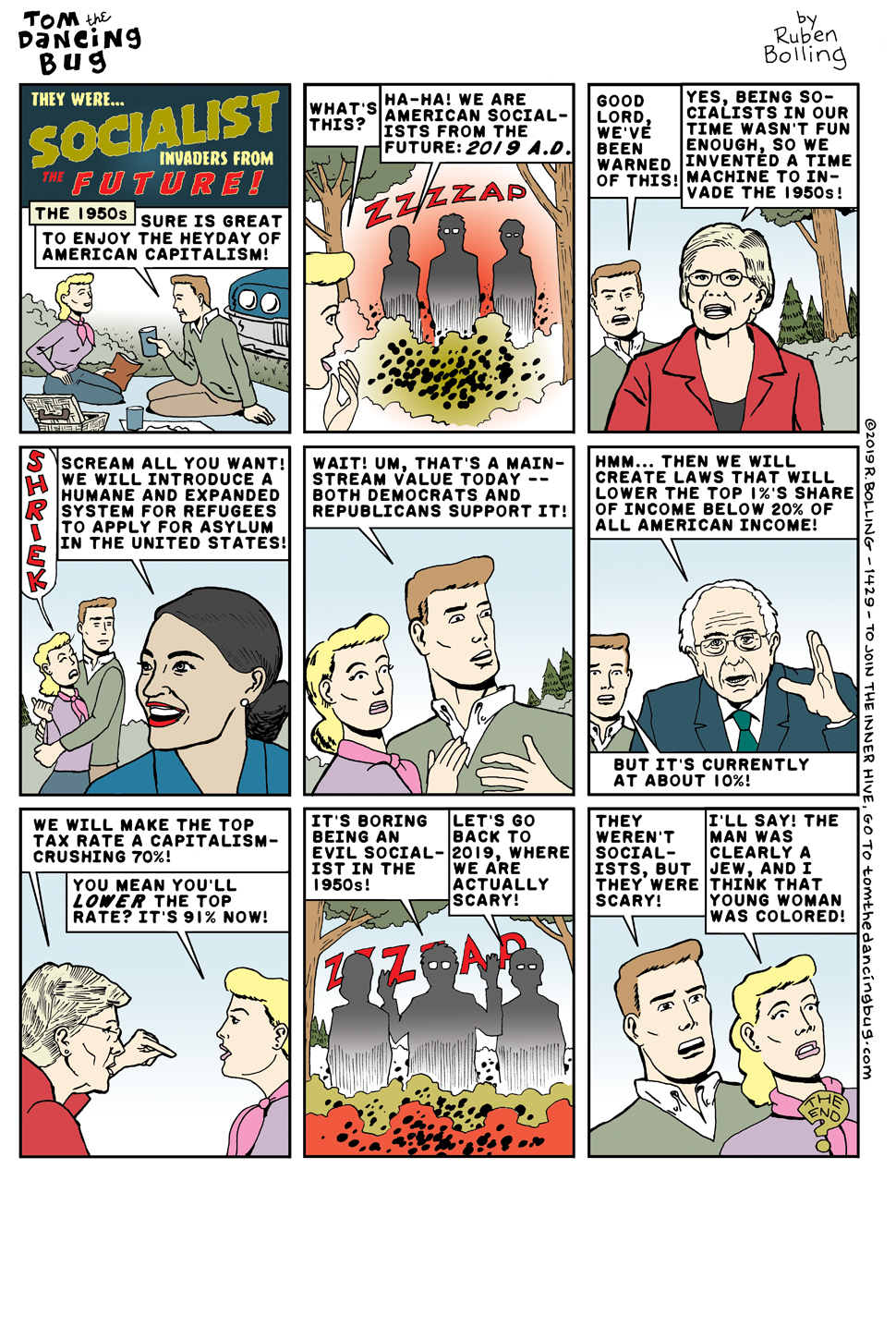 Tom the Dancing Bug, IN WHICH scary Socialists from 2019 invade the 1950s to spread their evil brand of radical collectivism.