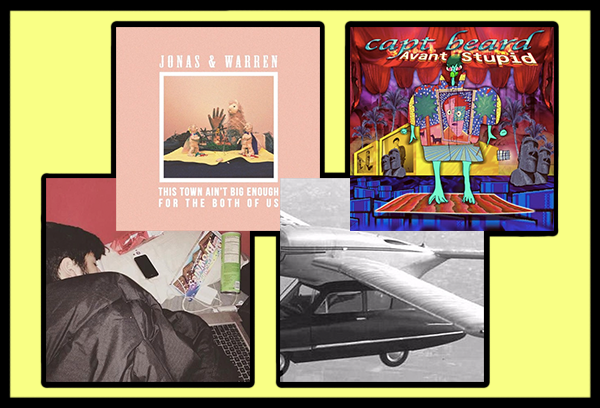 I use Apple Music for the majority of my music listening. It works well and lets me add most of my favorite songs, but there’s a lot missing from it. From what I’ve heard, it takes a little bit of work to get your songs up on iTunes/Apple Music. Unless an artist is well known and doing well in their music career, oftentimes, it’s simply not worth it to publish to Apple Music.

SoundCloud, on the other hand, provides extreme simplicity when it comes to publishing music, and makes it easy for listeners to find your songs. So, lots of artists get their start on SoundCloud, which entices me to use it alongside Apple Music. Yeah, there's a popular and pretty true idea floating around that SoundCloud is full of mumble rappers, but this isn’t about that part of the site. If you look, it’s easy enough to find a lot of gems on SoundCloud.

Here are four good songs I’ve found on SoundCloud that have less than 10,000 listens at the time of posting this.

The lack of attention to this song has astounded me since I found it. It starts off with a pretty sweet melody but completely switches mood halfway through, and I love that about this song. I’ve had a few friends who judged this song before it was even a few seconds in, but I think that you have to listen to the entire song to fully appreciate this one.
Age of song: 3 years old
Listens: 7,332
Likes: 174

I love capt beard’s music, and this is the song that let me discover him. I found it on a SoundCloud station while I was on a bullet train in Japan, and the aura of the song fit the scene so well that I instantly fell in love. Also, my dad really likes this song. Also also, you can download the album that this song is from here.
Age of song: 1 year old
Listens: 6,516
Likes: 205

This song is like no other song on this list. It seems to combine lots of different genres and eras in its sound. Like the others, though, it’s a great song, and it has only a very few listens. Give this song a go; it’s really pretty great.
Age of song: 1 year old
Listens: 129
Likes: 4

This one is a short one at just 57 seconds. But, it’s unique and makes me happy in a melancholy way. I found it in the early summer when I was coding a lot and had non-intense electronic/chiptune music accompanying me while I worked. This tune came on, and I liked it a lot.
Age of song: 1 year old
Listens: 1,856
Likes: 61