NYT reviews Citizen, a live map of crimes in your city 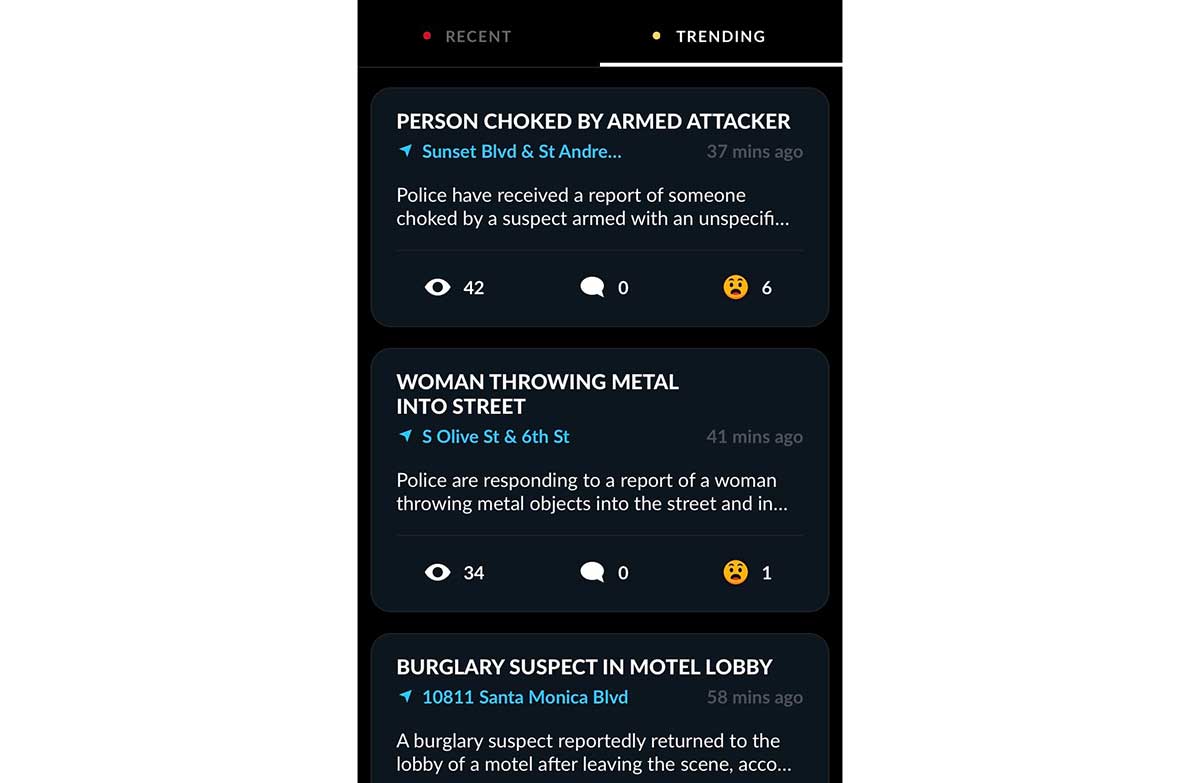 After reading this NY Times review of Citizen, which seems to be a Next Door on steroids,  I downloaded the app to see what's happening in the part of LA I live in:

WOMAN THROWING METAL INTO THE STREET

It looks like I'm living in the movie, Children of Men.

It is not clear, at first, where Citizen’s reports come from or how they’re selected. But they arrive constantly, in an authoritative voice, providing the app’s signature ambient sense of alarm and disorder.

Under the hood, Citizen is essentially a transcription service for emergency radio. The company employs teams of people to listen to police, fire and emergency radio transmissions and to submit certain categories of incident for including in the app. (“Citizen has a detailed editorial guide about what goes into the app and why,” Mr. Donald said. “Citizen does not include, for example, suicides inside a private residence, suspicious people, or vague suspect descriptions.”)