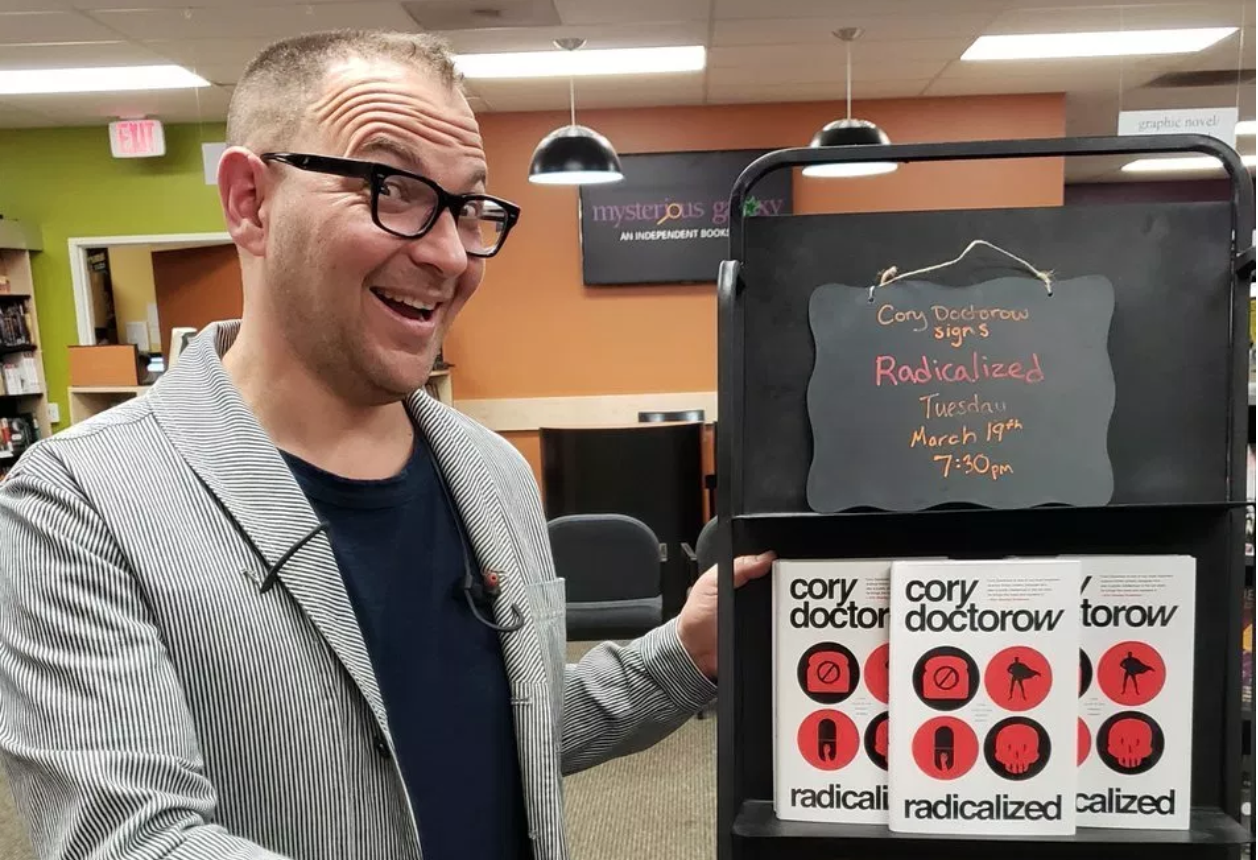 Thanks to everyone who came to last night's launch event at San Diego's Mysterious Galaxy! The next stop on my tour is an event at 7PM at The Strand in NYC where I'll be appearing with the award-winning investigative journalist Julia Angwin, who is pinch-hitting for Anand Giridharadas, who has had a family emergency.

Tomorrow night, I'll be appearing at the Toronto Metro Reference Library at 7PM, with the Globe & Mail's Barry Hertz; from there, I go to Chicago's C2E2 festival and then to Berkeley for an event with the writer and photographer Richard Kadrey, and from there, the tour takes me to Portland/Ft Washington, Seattle, and Anaheim! I hope you'll come out and say hi!