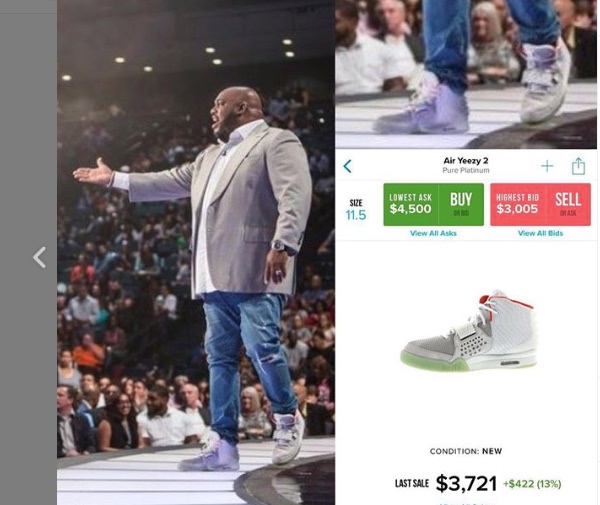 We've long chronicled the excesses and corruption of megachurch preachers, including those who threaten violence against the news organizations that dig into their apparent grift and curious financial arrangements.

But whoever is behind this preachersnsneakers account does it as best as anyone can. Juxtapositions of megapreachers and the insanely expensive kicks they're wearing as they spout bogus god bullshit.