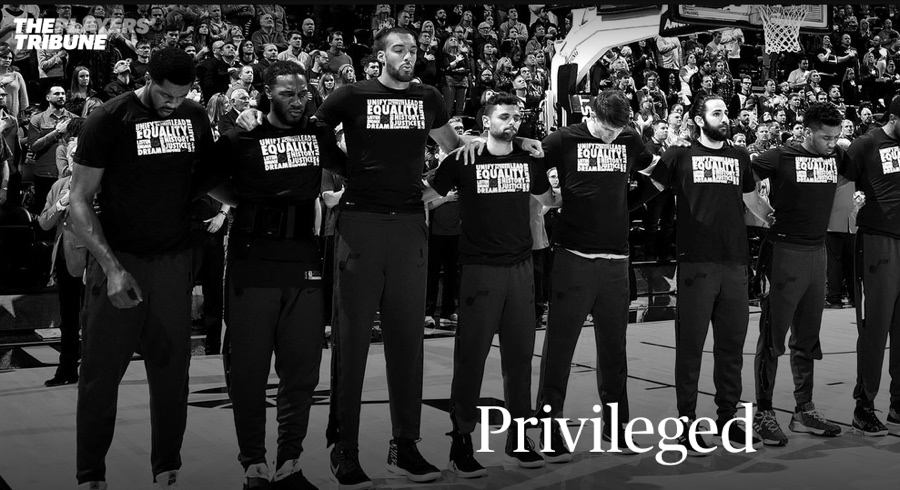 What an incredibly powerful piece of writing from Utah Jazz basketball player Kyle Korver on playing in the NBA, on coming to understand his own racial justice blind spots, and -- beautifully -- the difference between guilt and responsibility.

Excerpt from 'Privileged' at theplayerstribune.com:

Two concepts that I’ve been thinking about a lot lately are guilt and responsibility.

When it comes to racism in America, I think that guilt and responsibility tend to be seen as more or less the same thing. But I’m beginning to understand how there’s a real difference.

As white people, are we guilty of the sins of our forefathers? No, I don’t think so.

But are we responsible for them? Yes, I believe we are.

And I guess I’ve come to realize that when we talk about solutions to systemic racism — police reform, workplace diversity, affirmative action, better access to healthcare, even reparations? It’s not about guilt. It’s not about pointing fingers, or passing blame.

Go read 'Privileged' from start to finish, then go share it with a friend. Really puts into words so perfectly how I feel about a lot of this stuff, as a white person who grew up drowning in it. We all struggle to find out place. I think the point isn't how we feel anymore, though. The point is to act.