Drunk cop who injured woman in crash found not guilty 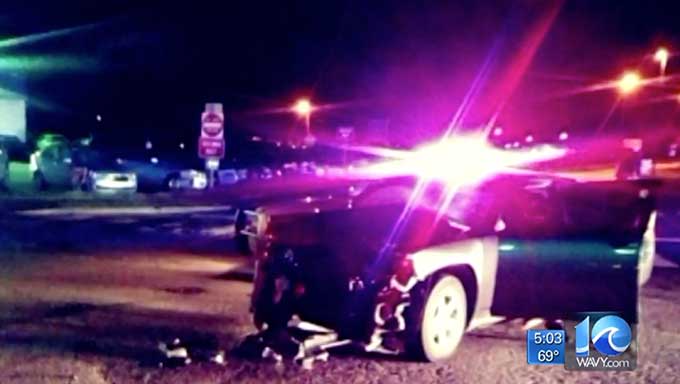 Portsmouth, Virginia police officer Eric Rodgers' blood alcohol concentration was twice the legal limit when he crashed his car into Mashia Williams, leaving her severely injured. He was driving at night but his car's headlights weren't on. Seven months after Rodgers ran into her with his car, Williams has not fully recovered and hasn't worked. A judge just let Rodgers off scot-free.

Rodgers' attorney Thomas Hunter argued evidence showed his client passed all the field sobriety tests without showing any signs of being drunk.

Hunter argued the only reason why his BAC was taken was because Portsmouth Police didn't want any bias towards one of its own. Anyone else would have been cut loose.

"Everybody knows that alcohol affects bodies differently, so a reading in itself, if you just went on a reading, science has also proven that that's false," Hunter said. "It's not completely accurate. It's an indicator."

The judge agreed, and found Rodgers not guilty.