Get free HDTV the old school way with this indoor antenna 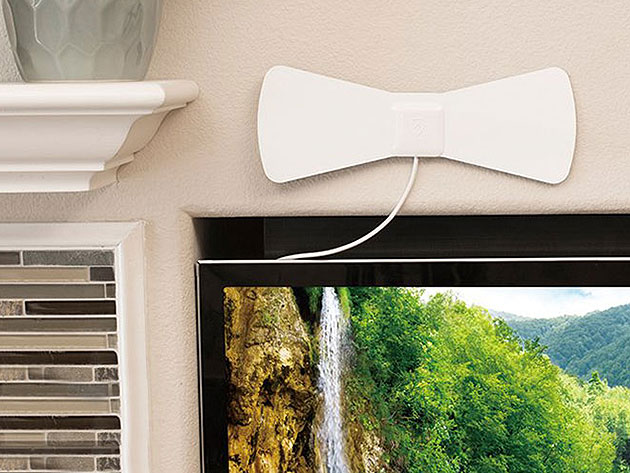 The digital age is well and truly upon us, but let's not forget there's a load of free TV content floating literally over our heads. No, we're not talking about the internet. Signals from major broadcast networks are still gratis for anyone who can pick them up with an antenna. And before you envision those ugly metal "rabbit ears" above your TV set, get a load of the ANTOP Paper Thin 30-Mile AT-105 Indoor HDTV Antenna.

As advertised, it picks up signals within approximately 30 miles of the broadcast area, unaffected by windy or rainy days. That's shows from ABC, CBS, NBC, PBS, Fox, Univision and more, relayed with support for HD and Ultra 4K content. At a mere .02 inches thick, it comes with a kit for mounting discreetly indoors and is fully compatible with existing digital TVs and converter boxes.