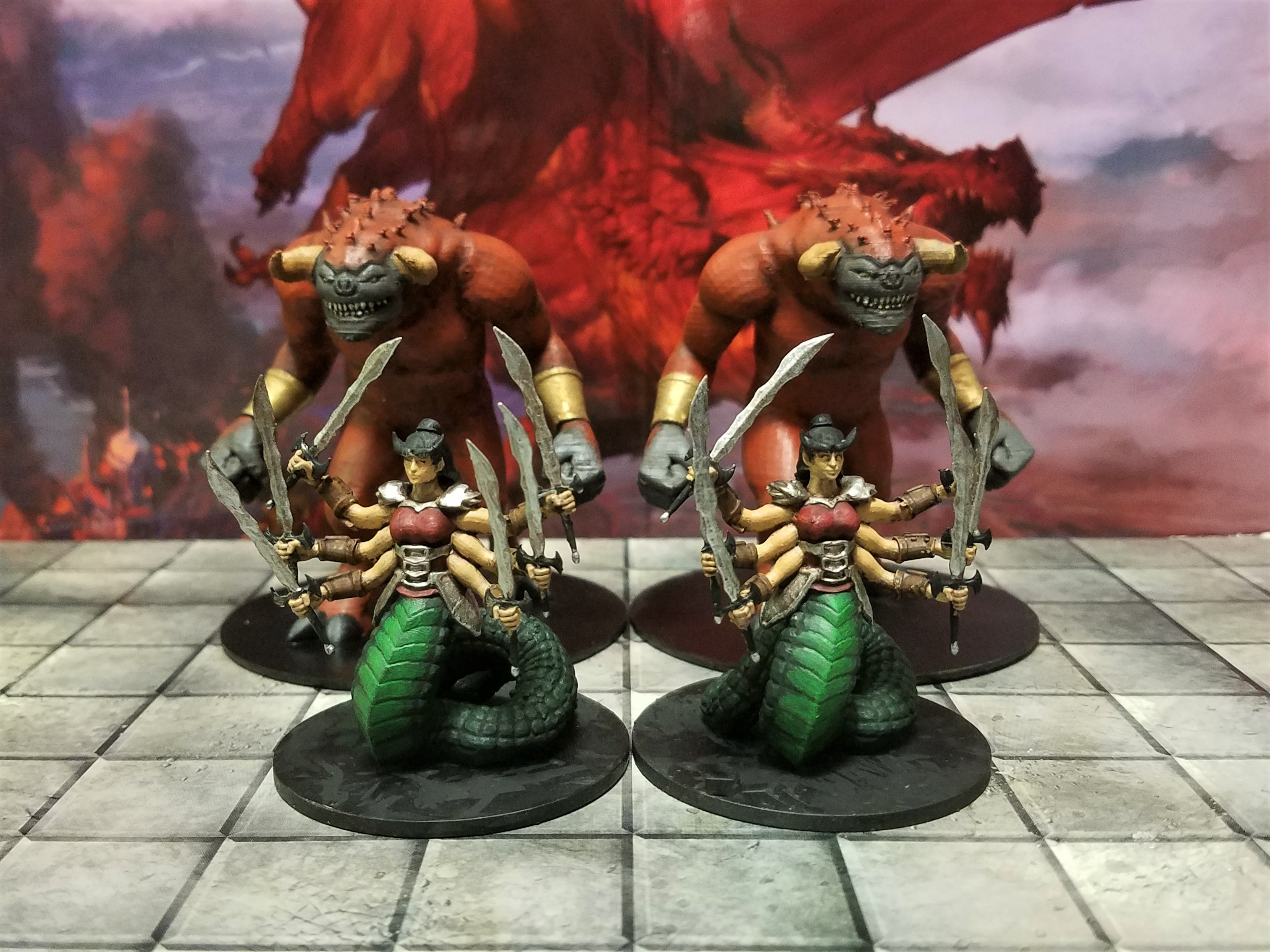 Catalyst Games was kind enough to send me a bundle o' new BattleTech goodies. They sent the new BattleTech: A Game of Armored Combat (the core game), the BattleTech Beginner Box, the BattleMech Manual, and the Map Pack expansion.

The Beginner Box is positioned as a convenient and cheap way of getting people into the game at a third the price of the new core box. In the Beginner Box, you get 2 Mech miniatures and 8 cardboard standee Mechs. The stater rules are somewhat streamlined with no heat management/Heat Phase, no Internal Structure Diagram (ISD), and no torso movement. All of the movement and attack modifiers are retained from the original game. The rules still have those clunky and crunchy old-school mechanics under the hood, but like OGRE and Car Wars, for those of us with fond memories of this game, however cumbersome, that's maybe now part of its old-school charm.

The hardbound Mech Manual is lovely, well-designed, and laid out for easy reference. The Core Box comes with 8 beautifully sculpted Mech miniatures, a 56-page rule book, a 16-page Universe Primer, Pilot stat cards, a pad of Mech record sheets, two terrain maps, dice, and additional standees and terrain markers. The core system does retain the ISD, heat manangement, and torso movement rules. Both boxed sets also include novellas, which is kind of a nice way of immersing oneself, especially newbies, in the BattleTech universe before play.

Wildlands: Map Pack 1: The Warlock’s Tower & The Crystal Canyons
Osprey Games, $20, 2-4 players, Ages: 14+
One of my favorite games of 2018 was Martin Wallace's Wildlands. This easy-to-learn, fun-to-play (and play again) board-based dungeon crawler has already seen a couple of wonderful expansions. Now, Osprey has added a map pack that allows you to take your bands of mages, pitfighters, Gnomads, and other treasure-seekers into several new realms in search of arcane crystals. The board-based maps in the set add two new environs for Wildlands, with new revelations about the Wildlands world and new rules and play possibilities. The Crystal Canyons are where the first arcane crystals are rumored to have been mined. Many say that there are no crystals left in the region, but that doesn't stop adventurers and booty hounds from heading into the canyons to find out for themselves. In a story reminiscent of another Osprey title, Frostgrave, the long-lost Warlock's Tower--which has been inextricably tied to legends of the arcane crystals--has mysteriously risen from the depths, coruscating with strange magical energies and surrounded by perilous portals that wink open and closed. The smart, the reasonable, would stay away, but you and your band of crystal-hungry miscreants are neither. The set contains one double-sided chipboard map and a rules sheet.

Rick & Morty: The Pickle Rick Game
Cryptozoic, $26, 1-2 players, Ages: 17+
The Pickle Rick Game is a recent offering in Cryptozoic's ever-growing line of gamifications of Rick and Morty episodes. The game immortalizes the Pickle Rick episode's crazed battle between a gadget-laden Rick (after he's turned himself into a pickle... to see if he can), a man-monster named Jaguar, and a building-full of square-jawed Russian hitmen. Like all of the games in the series, there is an unapologetic gimmick element. Here, that's expressed in the 12" plastic Pickle Rick that the game comes housed in. You also get two large plastic miniatures, one of Rick and one of Jaguar. The Pickle Rick Game is basically a straight-forward tile-laying, racing game where Pickle Rick is trying to make it to the roof of a building to be rescued by helicopter while an endlessly re-spawning supply of Russians are trying to thwart him. It's one tiny Pickle Rick against a small army of thugs, but Rick has his usual endless supply of inventions to fair the fight. I don't know that this would likely become a frequent go-to game, but it's fun, is difficult and balanced enough to be challenging to play, and like other games in the series, it's an interesting way to climb inside of a Rick and Morty episode. It's always interesting to see what choices they make in terms of game styles and mechanics used to serve the theme, the energy, and the overall feel of the episodes the games are based on. Lots of gamers have complained about how annoying the cheap plastic pickle is as a storage case. It is definitely a bit of a Chinese puzzle getting all of the components to fit. But it does make for fun tchotchke on your gaming shelves.

Frostgrave Soldiers II
Frostgrave Wizards
North Star Military Miniatures, Ages: 12+
Anyone who follows my monthly game roundups here knows that I am a huge fan of Northstar's official line of Frostgrave miniatures. Their boxed sets of multi-part miniatures are some of the best I have ever had the pleasure of putting together and painting. They are well-sculpted, easy to assemble, have so many dynamic pose possibilities, and there are so many parts options and accessories that, with a few of these sets, you can make a seemingly endless supply of wizard, soldiers, and human...ish adversaries for your game. With the release of Soldiers II and Wizards, Northstar has addressed two weaknesses in the line to date: female characters and ready-made wizards were only available as stand-alone blisters. With these two new plastic sets, you can make up to 20 female fighters and 8 wizards, respectively. Thank the goddess that the female characters are kitted out as real fighters (with actual clothes on!). They look strong, well-armed, and ready to confront whatever the Frozen City throws at them. As with other boxed sets in the line, the Wizards set has tons of options with various heads (depicting different types of wizards from many different lands), robed torsos, and arms holding orbs, wands, staffs, scrolls, blades, etc. There are also oodles of extra potion bottles, vials, books, owls, and other wizard accoutrements. There really are 10 wizards in the box in that you also get two tiny gnome assistants which you could easily field as your wizard's apprentice.

Above is the first wizard I put together from the set. Inspired by one of the wizards on the box, I used some acrylic structure paste to create a flaming sword. (I still have to clean up the Green Stuff I used around his neck.)

Armies & Legions & Hordes by Dave Taylor
Dave Taylor Miniatures, $50
Dave Taylor has long been one of my miniature painting heroes. In the 1990s, it was his painting tutorials in White Dwarf (or White Dork, as my late wife used to call it) that inspired me to take up miniature painting in earnest. Dave's new book, Armies & Legions & Hordes, is a gorgeous, heart-felt, and thoughtful exploration of the miniatures painting obsession and hobby. The book is many things, a sort of history of Dave's immersion in the hobby, a coffee table book of the miniature painter's art, a how-to planning guide, and a self-help book for hobbyists in need of ideas and encouragement for planning, building, and painting armies of toy soldiers. As the name implies, the advice is mainly directed at assembling and painting large-scale forces.

The book is beautifully put together and comes in a sturdy board slipcase. Besides Dave's contributions, there are also support essays by the likes of John Lyons (Beasts of War) and Ash Barker (Guerilla Miniatures), and an introduction by well-known comic book and game-fiction author, Dan Abnett, on how miniatures inspire the fiction and how the fiction inspires the miniatures.

If I had one criticism of the book it would be that the quality of the photos is sometimes lacking. The photo department at Games Workshop might make it look easy, but properly lighting and shooting miniatures is hard. Some of these photos seem frustratingly just shy of focus. This was a minor annoyance, only made more apparent because everything else about this book is so grand.

Free 3D Designs of D&D Monsters
Miguel Zavala is basically 3D designing his way through all of the monster manuals in the D&D multiverse. So far, he has free 3D design files for nearly 300 monsters that you can download and 3D print. On his Patreon page, he even has a request feature where you can suggest what monsters to render next.

Bexim's Bazaar
I have written about Bexim's Bazaar before, the new game crafting zine edited by James Floyd Kelly (aka DM Jim). Since issue #2, I have been contributing a column called "Gareth's Table of Tinkering." The issues just keep getting better and the list of well-known contributors from the hobby continues to grow. If you're a game crafter, especially of the dungeon crafting variety, you should look into supporting this effort. Issue #5 is set to be released on May 1st. The chunky PDF magazine is a steal of a deal at $2/month (to subscribers) and $3/issue on DriveThruRPG.