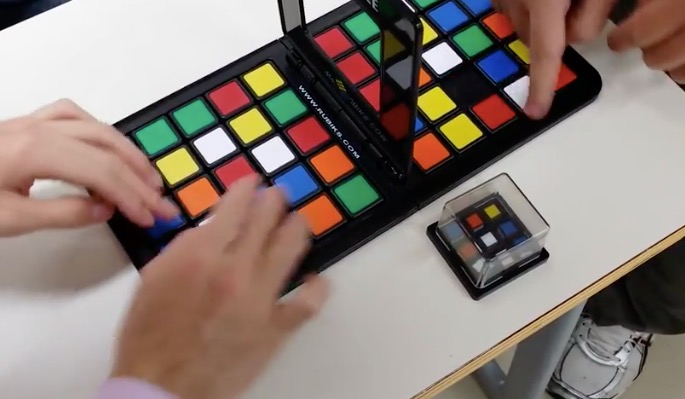 Rubik's cube for two as a race. That's Rubik's Race.

I've never seen anyone play as fast as these two players.

It's hard to believe the human mind can work that fast at puzzle solving.