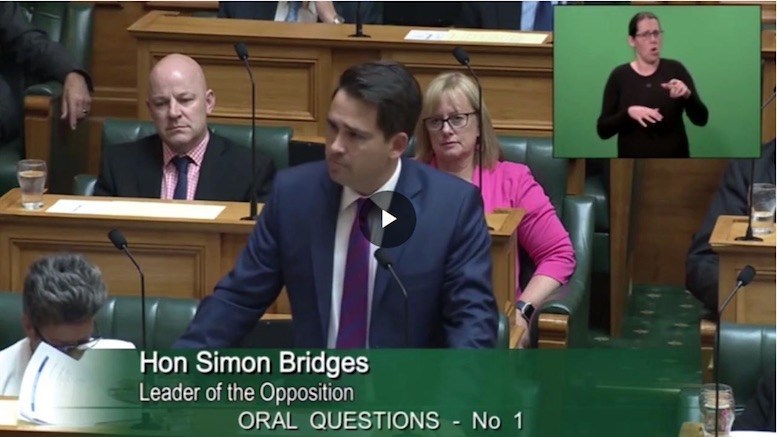 According to NZ opposition party leader Simon Bridges, the loud mooing noise he made during Prime Minister Jacinda Ardern's turn at the mic during Question Time on May 7 was not a "barnyard noise," contrary to the Speaker of the House's characterisation when he was kicked out of Parliament for his behavior.

As Bridges was directed to leave the chamber, he said, "I made no such noise and it is entirely unfair for you as a Speaker to say that sort of unprofessional comment."

Bridges has been censured in the past for making barnyard noises in Parliament, and has denied it then as well.

Bridges first argued that the Speaker was showing favoritism to the other side, claiming that their points of order were frequently “ridiculous” but when he took issue with something they said, he suddenly became “the naughty boy of this Parliament.” The “barnyard noise” allegation followed, and thence the argument that resulted in Bridges’ expulsion.