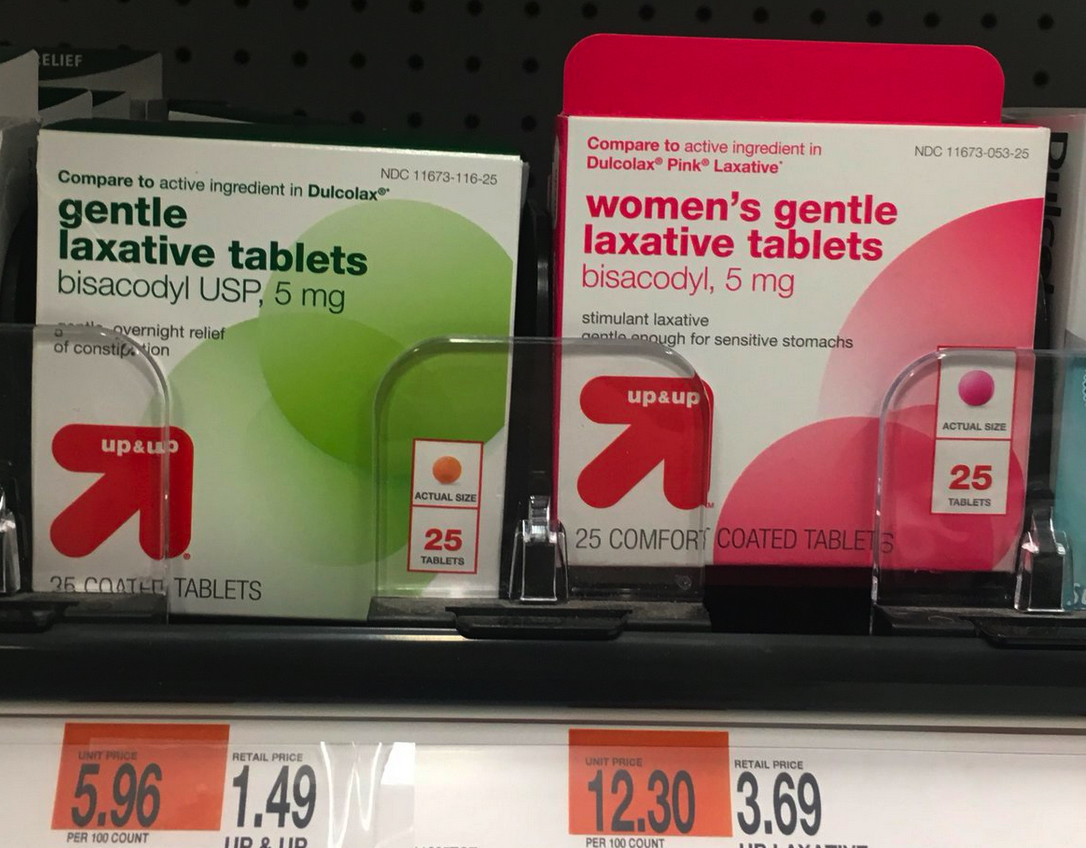 @BUGPOSTING discovered something funny and desperately sad at Target: "womens" laxatives in a special pink box at more than twice the price. The real difference appears to be that they are "Comfort Coated", i.e. enteric coated so they dissolve slower.

paying the big bucks so i can perform gender, with my Ass pic.twitter.com/IYJo9SMMTh