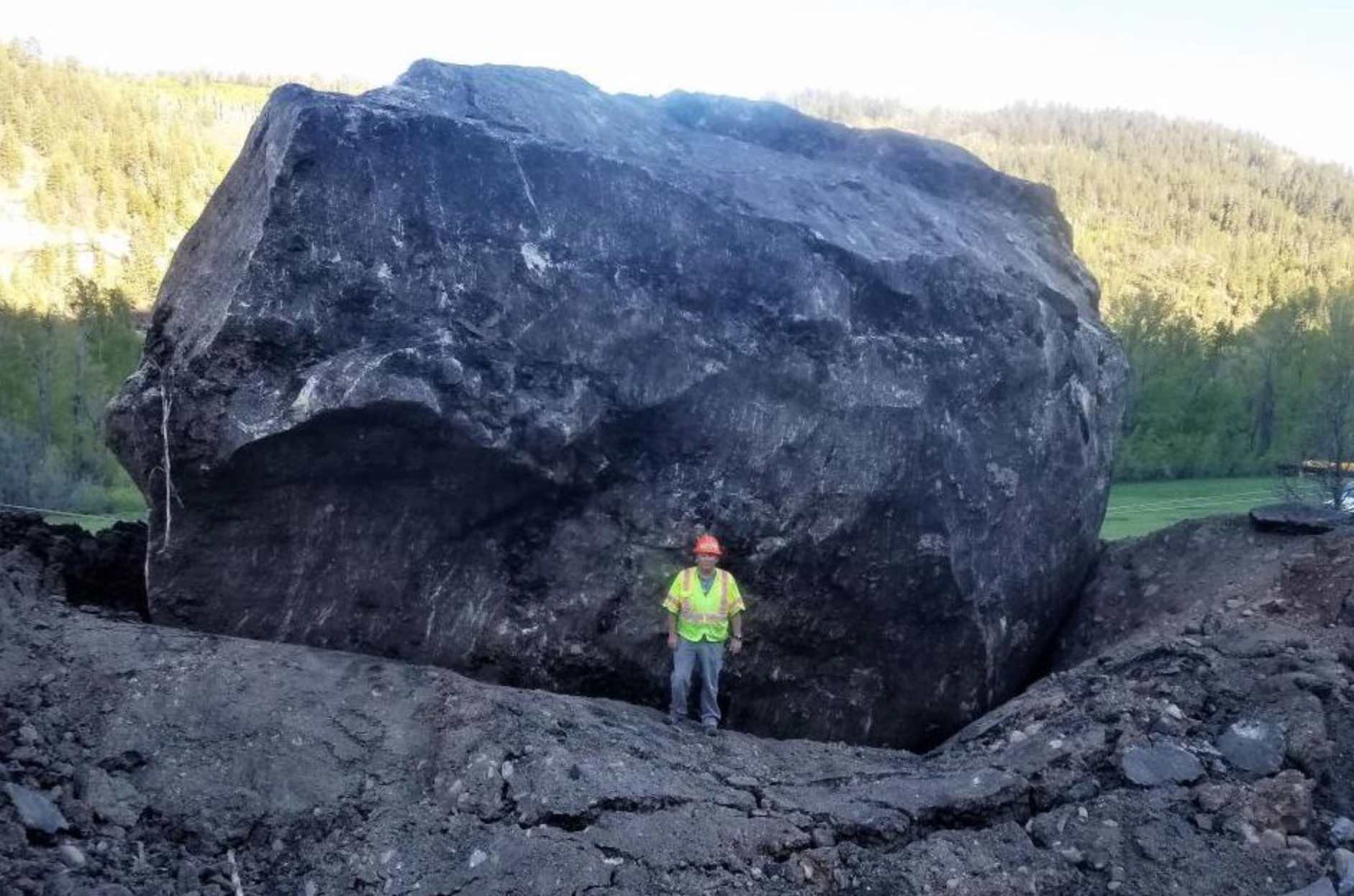 The "house-sized" boulder is now named Memorial Rock and is a designated tourist attraction. From UPI:

"We expect that for generations to come, people will have the opportunity to observe this geological masterpiece that we're calling Memorial Rock," Polis said at a news conference earlier this week...

The highway will be widened with additional shoulder and a new guardrail will be installed near the rock, Lisa Schwantes, the transportation department's southwest Colorado spokeswoman, told UPI.

Fixing the two-lane highway will cost about $1.3 million, Polis said, but most of that money will come from emergency funds from the Federal Highway Administration.