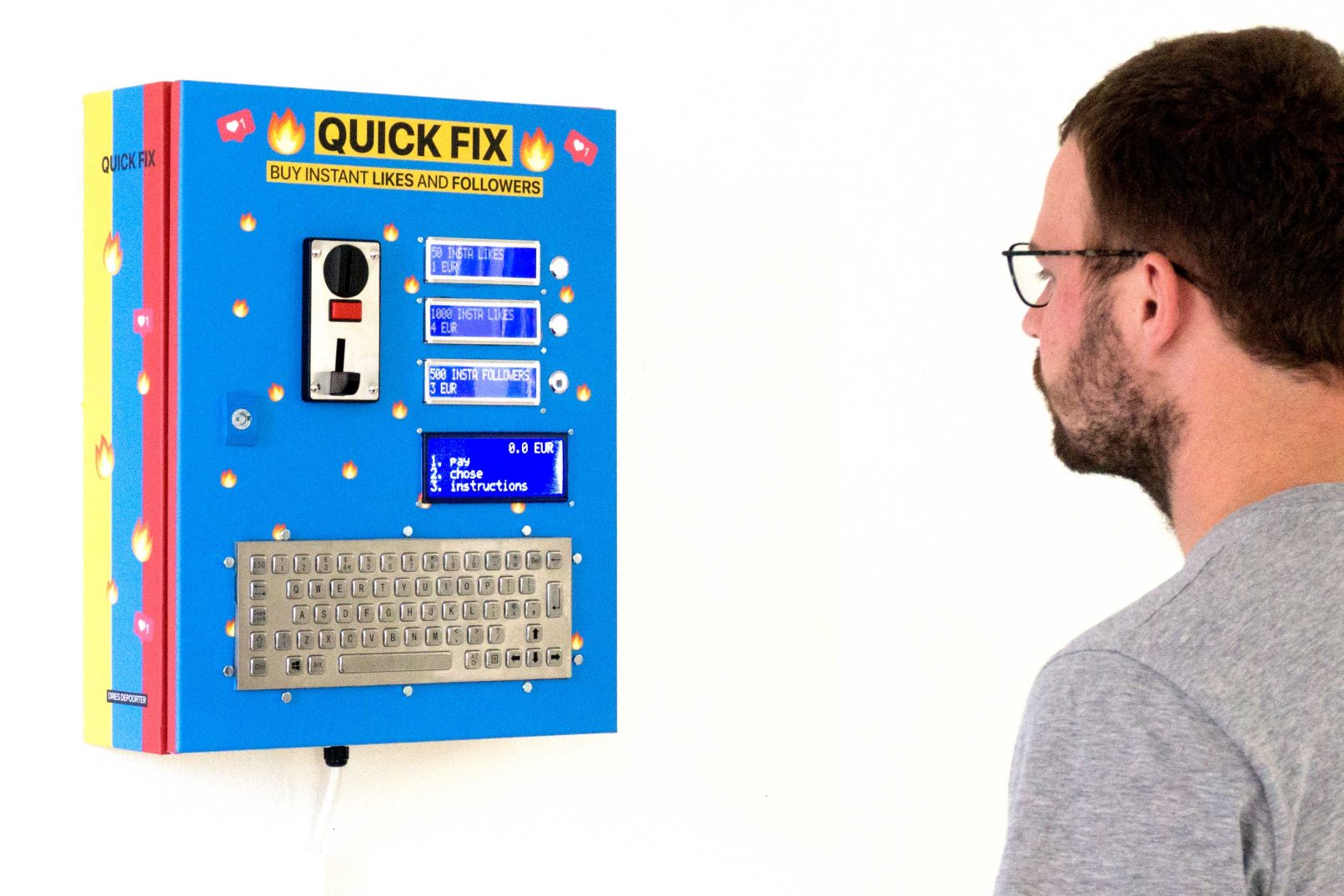 The products in the machine are easy to change. It can sell likes and followers for the following platforms: Instagram, Facebook, YouTube, Twitter. The coin acceptor can be setup so it accepts any currency in the world. Every order is saved in a database and its saved with the location of the exhibition, date, city, country. Quick Fix is commissioned by Pixelache in Helsinki and was produced in Dries [Depoorter's] studio in Ghent, Belgium. Quick Fix premiered at Pixelache festival on 19 May in Helsinki.