Girl can wiggle her eyelids 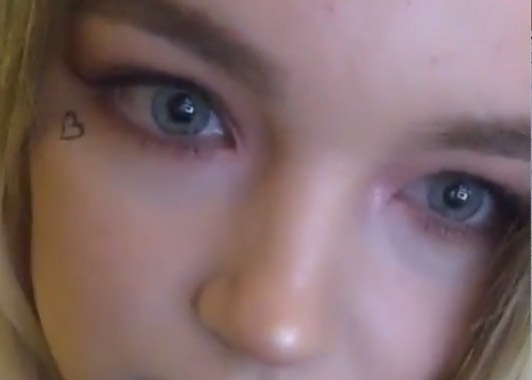 This video is going around the internet with no attribution.

The young woman (girl?) in the clip appears to be able to wiggle her eyelids in a way that few humans can.

Are you one of the people who can do this?