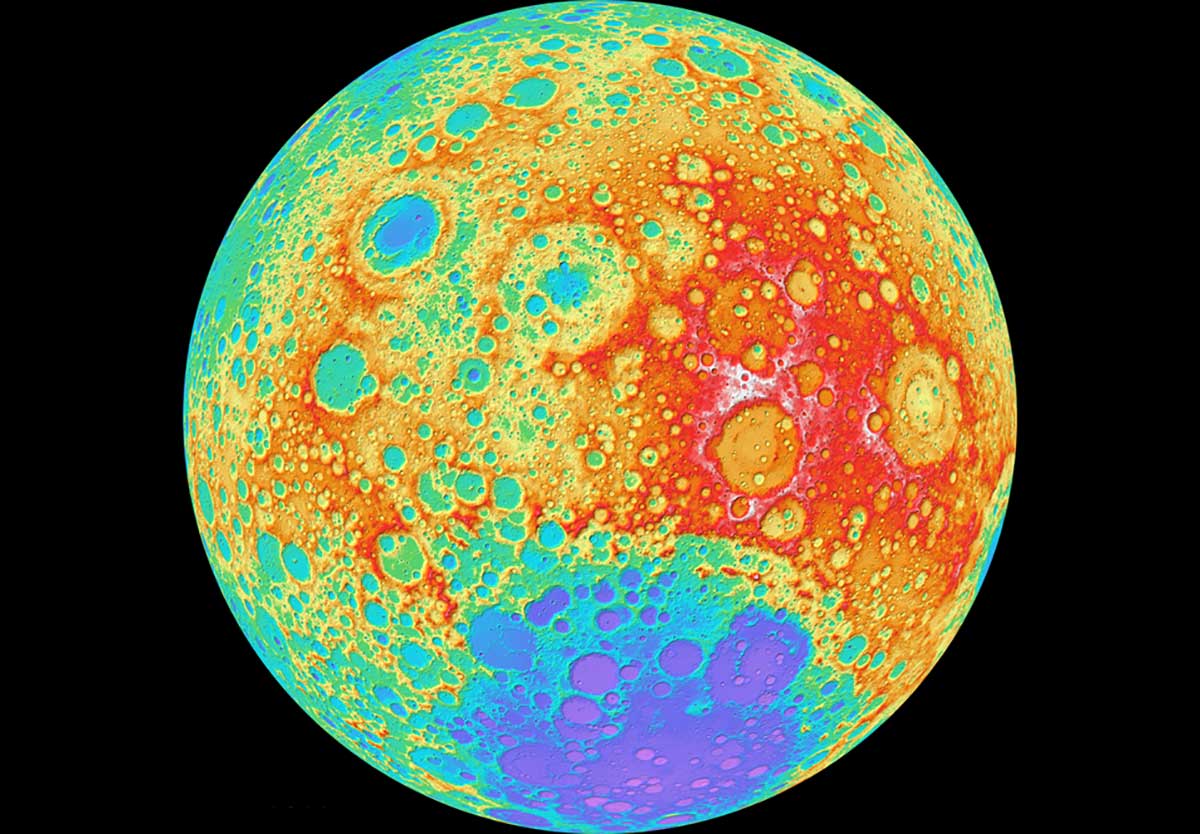 Beneath a crater on the moon lies what could be the remains of a colossal, metal-rich asteroid that hit our moon 4  billion years ago.

It sits 180 miles beneath the South Pole-Aitken basin — one of the solar system’s largest impact craters, and the moon’s oldest, at over 4 billion years — a massive dent spanning some 1,550 miles on the far side of the moon. (It’s also where China landed its Chang’e 4 lunar rover in January.) Publishing in Geophysical Research Letters, the Baylor scientists have two theories for the origin of the huge subterranean blob. It could be the leftovers of dense oxides created in the last years when the moon’s surface was an ocean of magma — a theory that relies on the giant-impact hypothesis, when an impactor the size of Mars may have collided into a magma-covered Earth, ejecting magma into orbit that became the surface of the moon.

Moonward Expansion has always been the inevitable future of the map-making Western world. And now that unsustainable extraction of natural resources is closer than ever to reality. As Reuters reports, the Trump administration has begun drafting the Artemis Accords (named after NASA’s moon program and definitely not the kind of thing a comic book supervillain […]