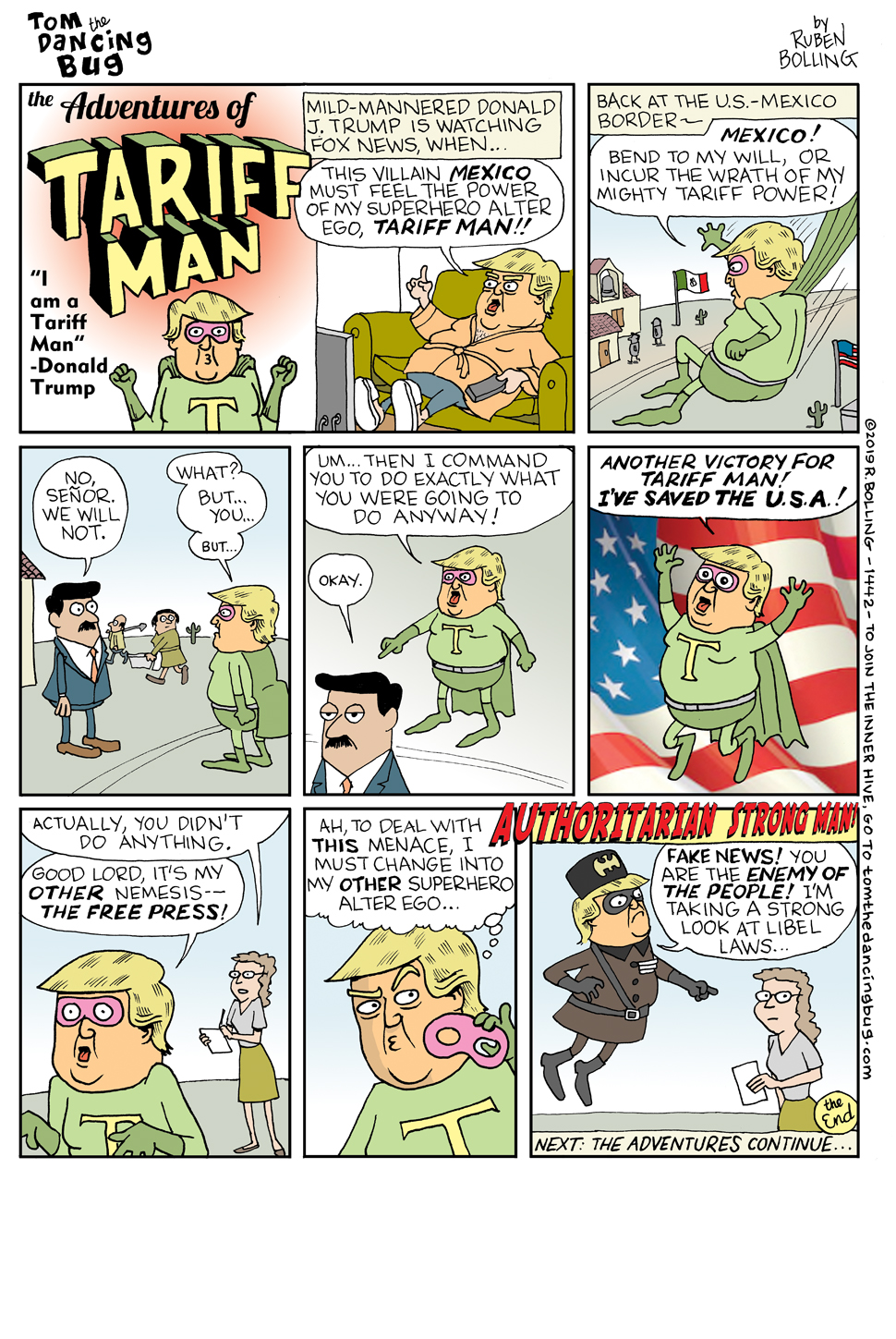 Tom the Dancing Bug, IN WHICH Donald J. Trump becomes Tariff Man to flex his Tariff-Powers in Mexico!

Please join us in the Proud & Mighty INNER HIVE, for exclusive early access to comics, extra comics, and much more.