In Alabama, it's traditional for sheriffs who lose their elections to steal and waste money, destroy public property 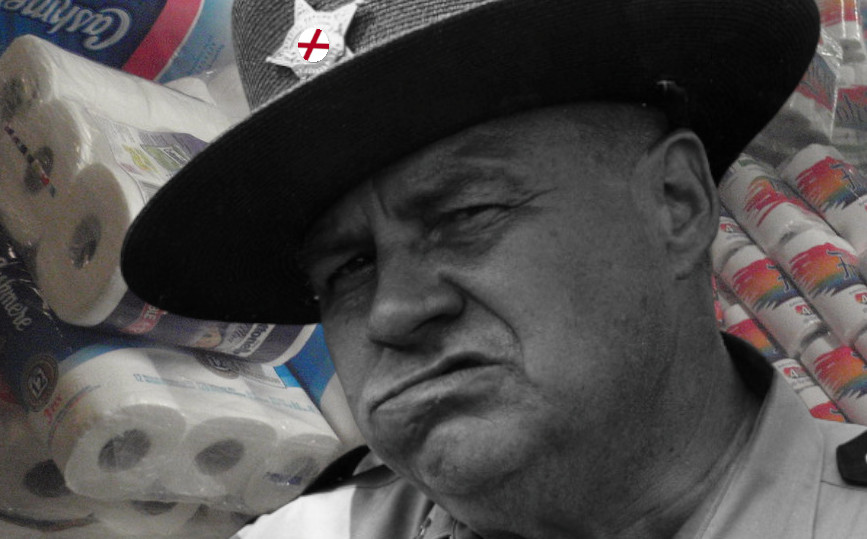 Alabama has 67 sheriffs -- elected law-enforcement officers who police unincorporated townships where they answer only to voters, not city governments -- and 9 out of ten of the sheriffs who lost their 2018 elections have been accused by their successors of engaging in fraud, waste and destruction of public property before leaving office.

This is apparently something of a tradition in Alabama (Propublica's Connor Sheets calls it "vindictive hazing") and while some of the accusations are more prankish (removing the labels from all the sheriffs' keys and jumbling them in a big pile), others are dangerous (destroying all the food earmarked for prisoners) or outright criminal (making off with tens of thousands of dollars from the sheriff's "discretionary fund).

Alarmingly, some of the sheriffs accused of these crimes have gone on to work in nearby sheriffs' departments.

Here's a selection of the activities that the nine sheriffs have been accused of:

* Walls is also accused of spending the sheriff's discretionary fund dry by ordering more than 20,000 rolls of toilet paper, 10 drums of dishwashing soap and hundreds of boxes of garbage bags

* Walls wired $80,000 from the sheriff's general fund to his personal bank accounts during his tenure

* Former Etowah County Sheriff Todd Entrekin (who pocketed $750k earmarked for prisoners' meals and built himself a beach house, claiming that he was allowed to do so under a Prohibition-era law, prompting the Alabama legislature to pass new laws banning the practice) subsequently wrote himself $269,184 worth of checks from sheriff’s office account

* Former Covington County Sheriff Dennis Meeks spent $6,200 in public money on "coloring books, Frisbees, pencils and other promotional items emblazoned with his name"; and bought each of his deputies sidearms that used different type of ammo

* After former Walker County Sheriff Jim Underwood lost his election, he spent $126,000 of the sheriff's discretionary fund in his three remaining months, more than he had spent in the previous 10 months -- blowing the cash on $9,000 worth of black rubber gloves (at $70/box -- the same gloves cost $10/box online), and a $13k dishwasher that can be bought for $10k

Propublica's Sheets notes that "All the former sheriffs who responded to a reporter’s inquiries denied wrongdoing, often insulting their successor or providing a counternarrative aimed at disproving the claims."

Aaron Littman, staff attorney at the Southern Center for Human Rights, an Atlanta-based nonprofit civil rights law firm that advocates for criminal justice reform in Alabama and has sued sheriffs across the state for financial records, said in a statement that sheriffs “are not feudal kings” and need to be held accountable.

“These allegations, along with a long track record of sheriffs misappropriating jail food funds, make clear that increased transparency and aggressive oversight is necessary,” he said.

Today, five months after he became Marshall County’s top law enforcement officer, Sims is still trying to sort out the finances of the office he won.

Between December 2017 and August 2018, more than $81,000 worth of wire transfers were made from the Marshall County Sheriff’s Office’s general fund into one of Walls’ personal bank accounts, according to internal sheriff’s office records and interviews with two sheriff’s office employees who reviewed the documents.