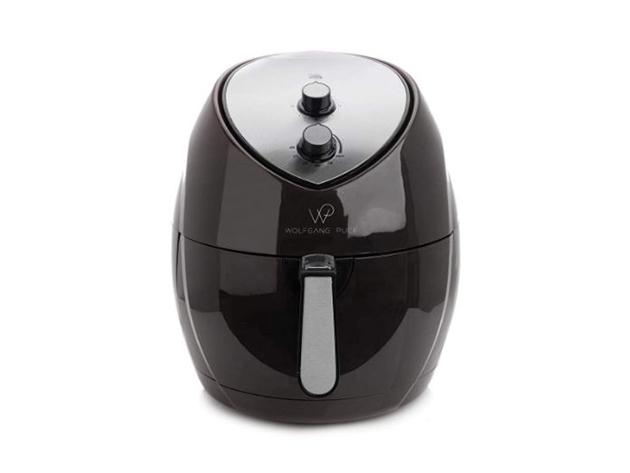 Fried foods are a weakness for many of us. There's nothing quite like that extra crisp crackle on chicken, fries or onion rings. And for years, our arteries have been paying for the privilege.

Lately, the air fryer has been a godsend for those who love the fried stuff but love their body too. If you haven't tried one before, the Wolfgang Puck 7.2-Quart XL Air Fryer is a pretty failsafe bet.

With a 7.2-quart basket capacity, this chosen cooker of celeb chef Wolfgang Puck can accommodate almost anything you care to fry: Chicken, french fries, veggies - even a five-pound pot roast. But instead of submerging it in oil, this gadget circulates hot air evenly over the food, cooking it thoroughly and delivering that addictive fried taste - sans the additional fat or calories. With a 1700 watt capacity, it preheats in a flash and can cook for up to 30 minutes.