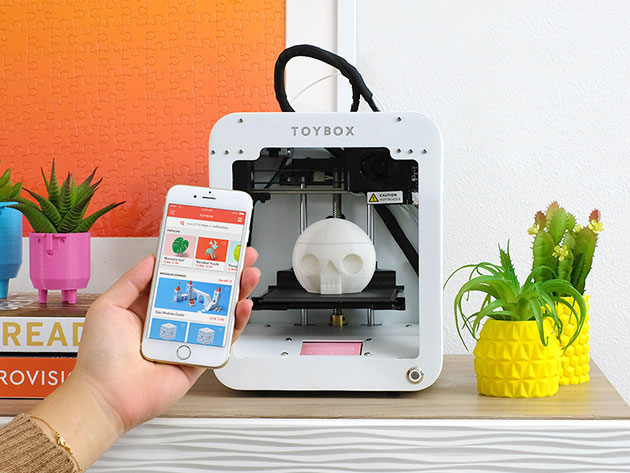 With the quick-fix appeal of video games and their own cell phones, it can be tough to keep kids focused on supposedly "educational" toys. And while it may seem counter-intuitive to fight tech with more tech, we're all in when it comes to the Toybox 3D Printer.

We're not sure if anyone had envisioned a 3D printer for kids before the guys at Toybox brought it to Shark Tank on season 10, but the idea was fresh enough to woo a backer in outspoken judge Kevin O'Leary. When you see the printer in action, that endorsement seems like a no-brainer. The Toybox scales down the functionality of a full 3D printer without throttling the possibilities. With the push of a single button, kids can let the machine create a series of readymade toys out of non-toxic, biodegradable filament in a variety of colors - no knives or scissors needed. When they're ready to unleash their inner inventor, they can create their own models with the companion app, which essentially makes this aptly-named printer a bottomless toybox.