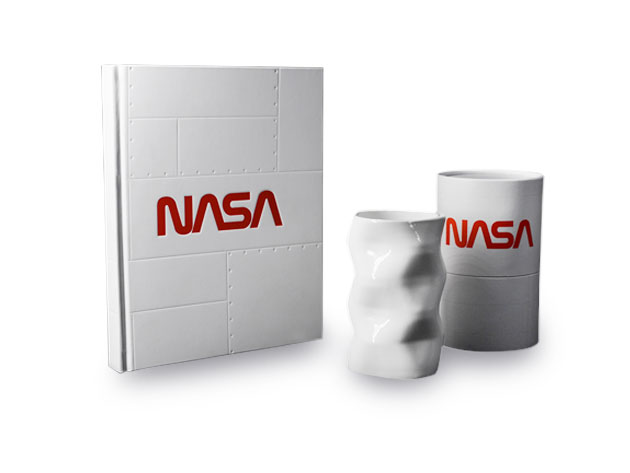 So you've visited the Kennedy Space Center every year. You've watched "The Right Stuff" for the 95th time. There must be something to do while you're waiting to join Space Force for the next manned mission to Mars or the moon.

Here's a combo that should raise a salute from any fan of space or the American space program: The NASA AR Notebook & NASA Space Mug Bundle.

The notebook is a handy enough gift on its own, hardbound and emblazoned with the ever-popular NASA "worm" logo. But the mug is a real testament to the technology that drove us to the stars: Simply install a companion Augmented Reality app on your smartphone and point it at the bottom of the cup. Instantly, that mug becomes a space capsule, a tunnel you can peer through for an interactive astronaut's eye view of the planet Earth.