The Smythe family of Chagrin Falls, USA, in the year 2029 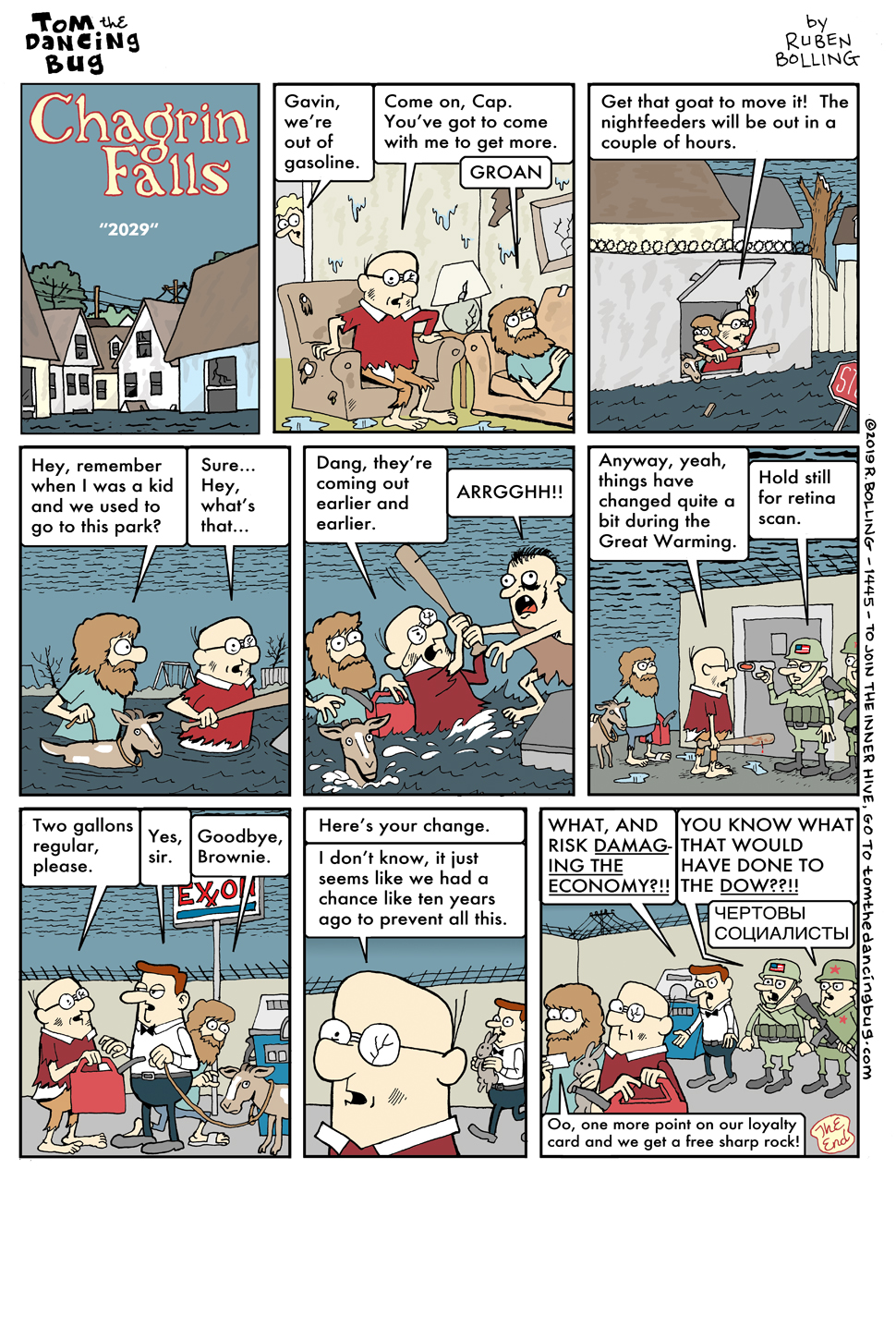 Tom the Dancing Bug, IN WHICH the Smythe family of Chagrin Falls, USA, deals with regular weather, definitely not Climate Change, in the year 2029