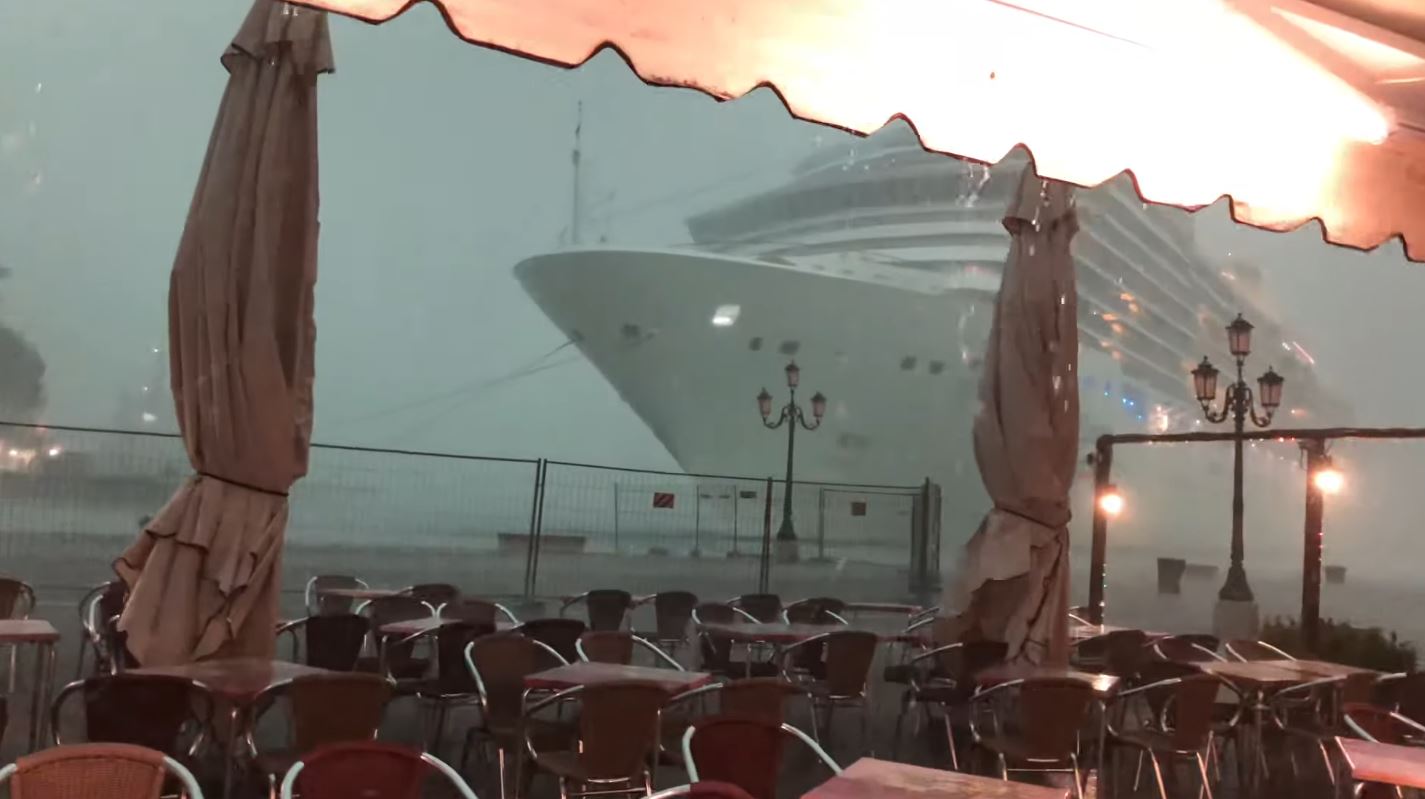 A Costa Deliziosa spokesperson blamed "violent gusts". One of those cruise ships, then.