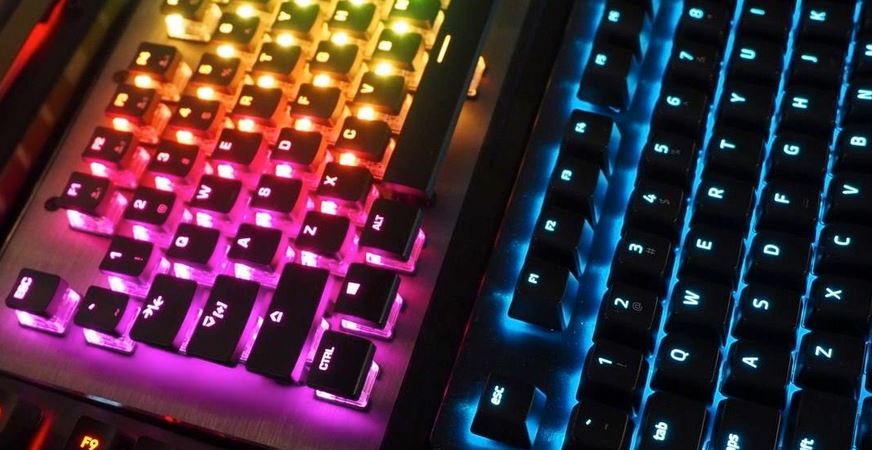 Eurogamer's Will Judd flirts with heresy: "Are mechanical keyboards really good for gaming?"

When it comes to PC gaming peripherals, stats and specs drive purchases. Gaming monitors became popular because they offered lower latency or higher refresh rates, while gaming mice boasted higher sensitivities and improved tracking accuracy. Yet this quantitative trend doesn't seem to apply to one peripheral in particular: mechanical keyboards. No single stat separates mechs from their non-mechanical counterparts, yet mechanical keyboards are routinely recommended over alternatives that cost a fraction of the price. Why is this the case? Are there genuine gaming advantages?

Thankfully, it's just a cunningly-titled top list of models Judd recommends; I have, therefore, titled my linkpost to his listpost with an even more shamelessly clickbaity title.

I do have an opinion, though, that might justify it: it doesn't really matter what mechanical keyboard you get so long as you don't get a cheap one. What's most important is learning which sort of switch suits you best -- linear, tactile, clicky -- and thenceforth completely ignoring the online cult of mechanical keyboards, because you got one to play games, not waste enormous sums of money on custom keycaps and bizarre, barely-functional niche layouts, like I do.

In fact, if you don't even want to think about all that stuff, and simply want to discover a mechanical keyboard that is good for playing games without further ado, allow me to commit fully to the most base and foul heresy and recommend that you just buy whatever Logitech is making right now [Amazon]. You'll be happy with it.