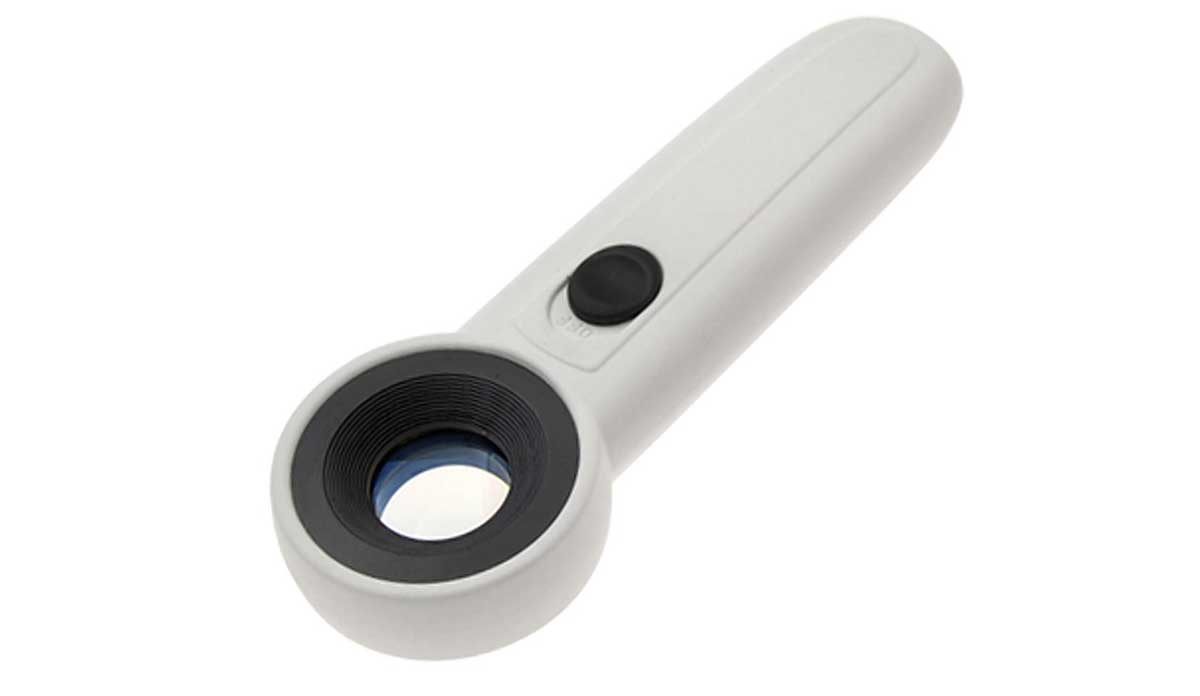 I've been using these [amazon_link asins='B005FV9YD8' template='PriceLink' store='boingboing' marketplace='US' link_id='dd2f4c5b-ec4d-458c-8cd7-faa0f676b870'] illuminated magnifiers for years, mainly to read the tiny printing on capacitors and integrated circuits. They require 3 AAA batteries, which are not included. Shipping is free on Amazon.