Your chance to swim in a Hearst Castle pool is now 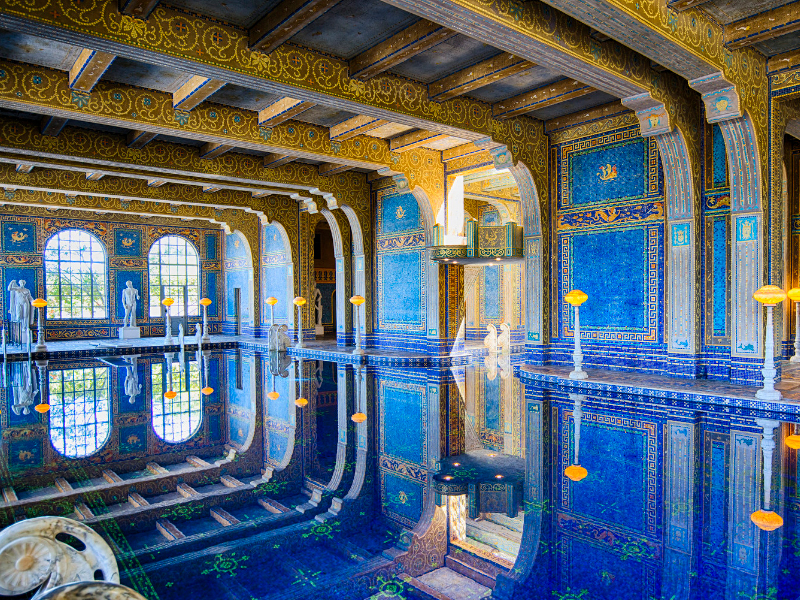 Ever dream of taking a dip in one of those gorgeous pools at Hearst Castle? YES, ME TOO. Well, get out your credit card, because it's going to cost you.

...it will require you to join The Foundation at Hearst Castle with a minimum donation, which helps fund the castle’s art conservation and education programs (and the minimum amount for a members-only swim event is $950). But can you really put a price on the opportunity to swim at this storied San Simeon landmark within the California State Parks system, built for newspaper publisher William Randolph Hearst between 1919 and 1947? Open for only five pool nights this summer and fall (July 6, August 4, August 24, September 21, and October 20), it’s a rare chance to float and frolic where famed stars like Howard Hughes, Joan Crawford, and Charlie Chaplin have. Admission is capped at 40 people, so lucky attendees aren’t elbowing one another for the privilege of swimming in one of America’s most iconic design attractions.