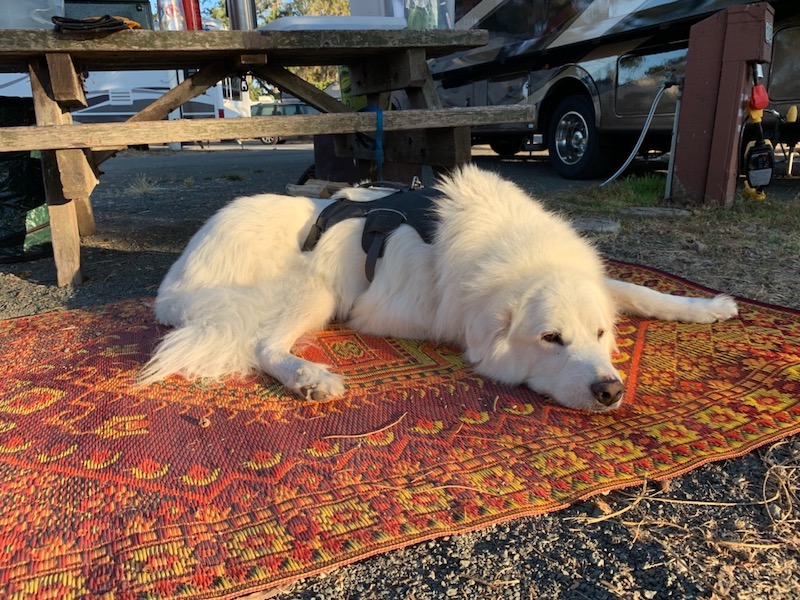 This Mad Mats rug keeps sticks, dirt, burrs and other garbage out of my dog's fur and out of my camper!

6'x9' and awfully stylish, I've had this rug since 2013 and it looks as good as new. Excellent for throwing down just outside the door of my VW Vanagon, under our pop-up shade, or right next to the picnic table where I am cooking and working.

When you spend a lot of time with your dogs in the outdoors, anything that helps keep them a little cleaner, and make life seem a little more luxuriant, is welcome. Like getting nice furniture in your prison cell!

There are other styles, pick the one you love!

#vanlife / camping / tied the campsite together