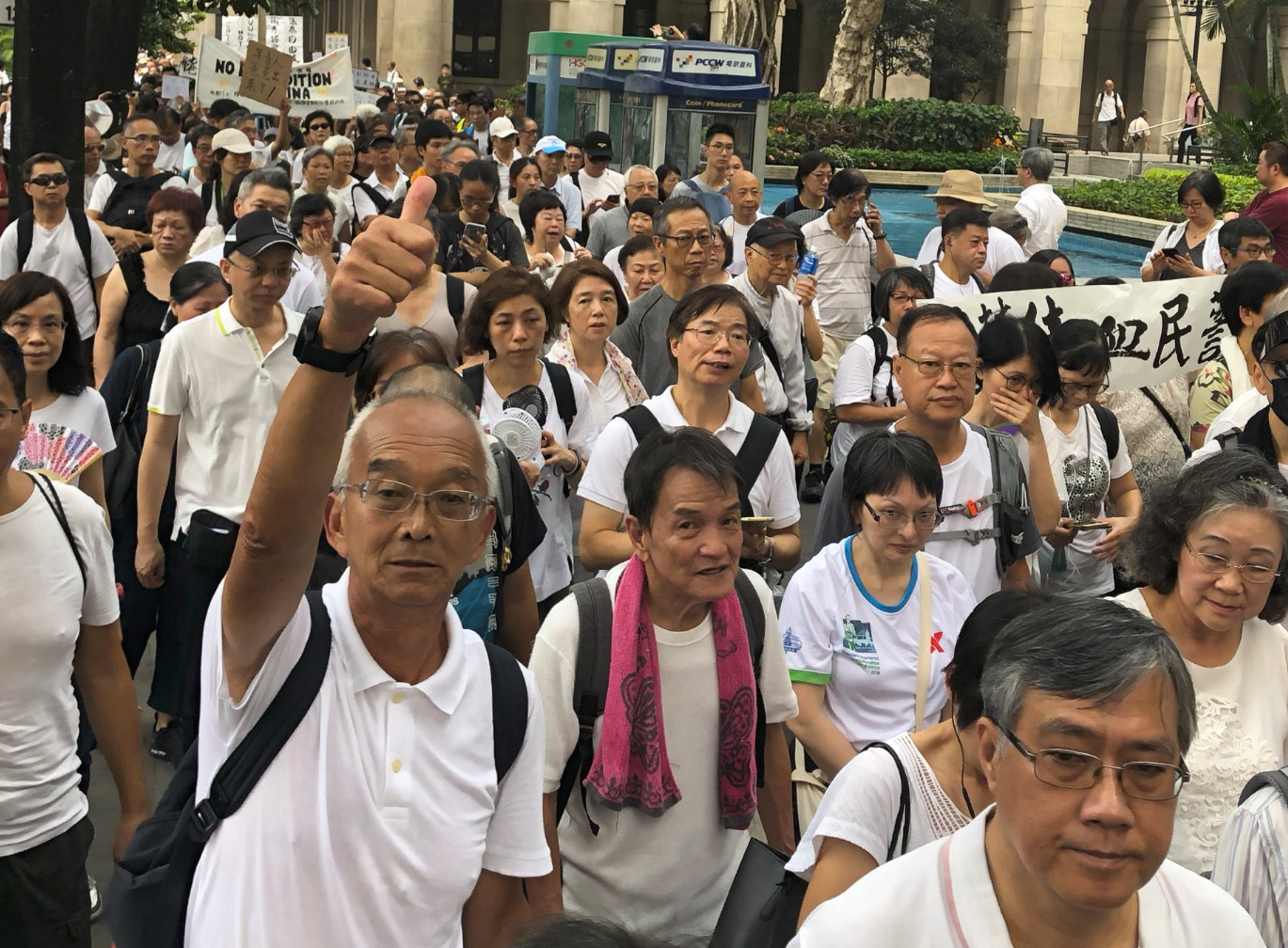 For more than a month, Hong Kong has been rocked by an escalating series of public demonstrations that have persisted in the face of violent police suppression tactics; the demonstrations were kicked off when Hong Kong's puppet regime -- elected after China banned pro-independence candidates from standing in local government races -- proposed a new rule that would make it simple for Beijing to demand the extradition of political dissidents to mainland China, where torture and arbitrary detention of political prisoners is the norm.

Though the marches have seen millions of Hong Kongers in the streets, the majority of those marching were young, with a high proportion of student activists, which has allowed China apologists to write the movement off as youthful zeal in action.

Now, though, 9,000 elderly Hong Kongers have taken to the streets in solidarity with their younger allies, in a "March for the Silver-Haired." The protest leaders reiterated the five demands of the #612strike movement:

2. Revoking the classification of protests as riots

3. Dropping all charges against all extradition bill protesters

Another massive protest is planned for this weekend.

“In their fight against the extradition bill, our youth brave truncheons, tear gas, pepper spray, rubber bullets, violent arrest and, harsh punishment,” Yeung said. “We are proud of them – their determination, mobilisation and tactics, teamwork and self-organisation.”

The statement also endorsed the storming of the legislature on July 1, describing it as a justifiable response by young people and a “symbolic provocation” to the Chinese Communist Party.

(Image: Antony Dapiran, author of City of Protest: A Recent History of Dissent in Hong Kong )

These “silver haired” marchers are so cheerful and they LOVE having their photos taken... pic.twitter.com/fQtoOT7aNc