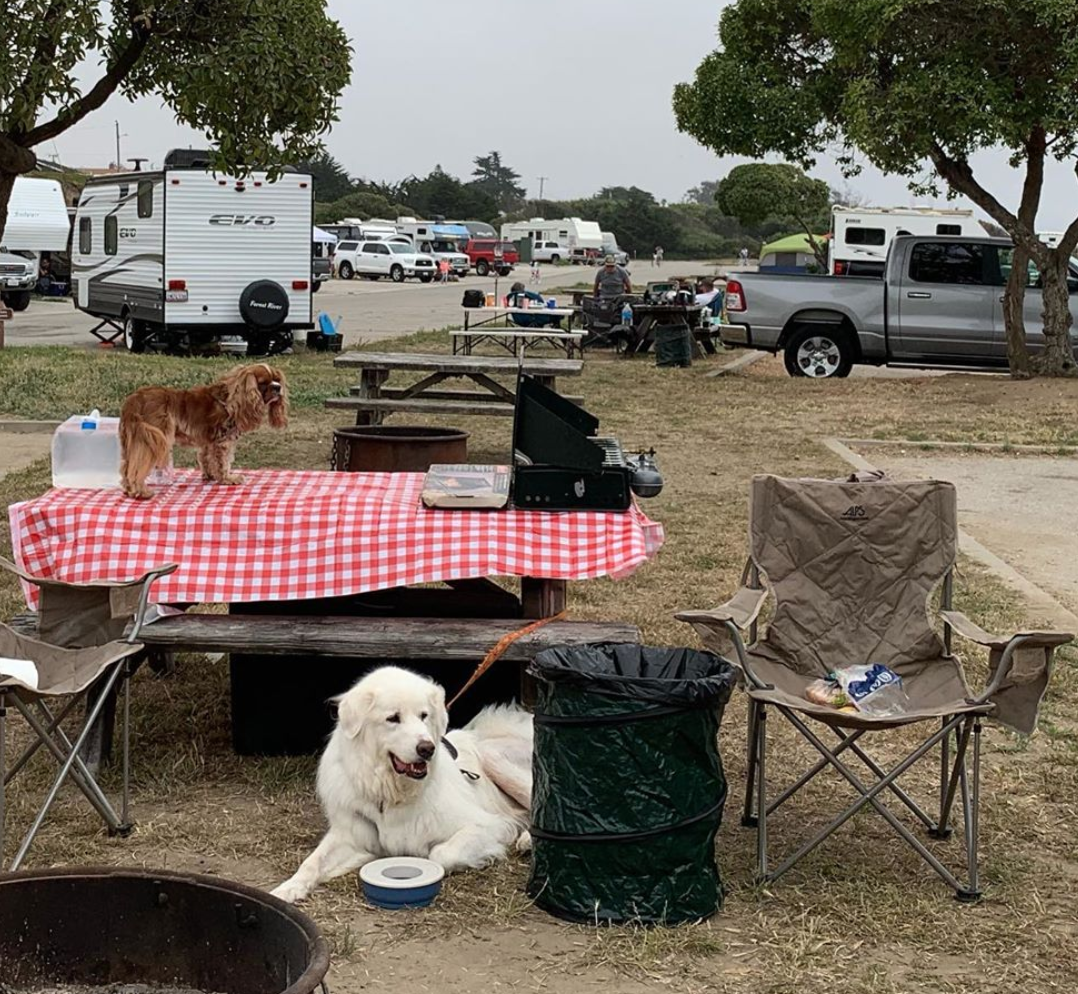 This is the first in a series of reviews of Federal, State and County provided campsites along California's amazing coastline.

I started my summer of #vanlife at the Californa State Park campsite of Morro Strand. It was pretty depressing to sit there, but you can leave and see wonderful things.

Morro Strand is a cement parking lot next to the beach along California's beautiful central coast. You can see Morro Rock, and easily drive to San Simeon, Cambria, Los Osos or Montaña de Oro. Hearst Castle is also close by.

The campsite has solid support by rangers, the camp host is very nice. There is no shade at most of the campsite. State-provided wifi is sufficient and will allow you to run a VPN. The site is so nestled into a residential area along the coast that it appears pizza and other forms of local food delivery are available to campers.

There is drinking water available and there are restrooms, however no showers! If you'd like to shower however, you are allowed to take your camping pass and drive to Morro Bay State Park and use theirs. The showers at the Morro Bay Campground have long been amongst the best in the Californa system.

Morro Bay was so crowded in late June, however, it looked like a refugee camp.

Morro Strand was mostly RV campers, and mostly groups of 2-3 campers who situated next to one another who were throwing multi-day beach parties. The camphost and rangers kept things well under control and life was always family friendly, clean and relatively quiet.

If you want to be on the central coast and can not get into San Simeon or Morro Bay, Morro Strand is an option -- but not a beautiful one.

I got an awesome vintage floral print shirt at a shop in Cambria.