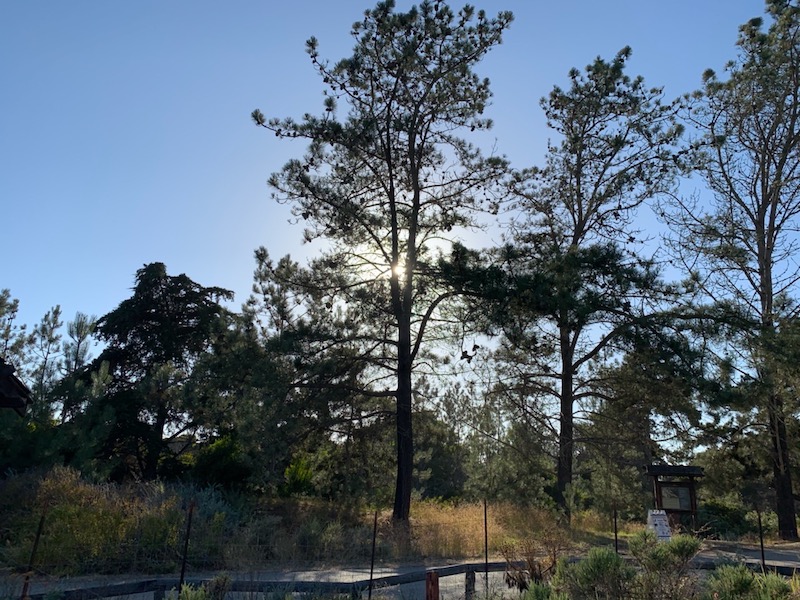 I've visited the Oceano Campgrounds at Pismo State Beach several times this summer. Conveniently located right off the 101 highway along the central coast of California, Pismo is a great place to take a break.

There are other State-run campsites at Pismo, Oceano is not 'Oceano Dunes,' nor is it 'the Pismo North Campground.' Oceano sits on a lovely, bird-filled lagoon about 2 short blocks from the State beach. The sites are very typical of Cal State camping, picnic tables and fire rings. I've stayed in both sites with RV hookups and tent camping sites. I felt situated a little closer to other campers than I'd have liked for a several-day visit, but as a convenient overnight place to stop, cook and shower? Oceano kicks ass.

The hosts and rangers are also very nice people here and are super helpful.

There is a Mexican restaurant right outside the very modern and nice Visitor Center, however I have not tried it. The hamburger shack about 1 block towards the beach, Adam's Burgers, is fantastic. Enjoyed by both my daughter and I. There is also a small market, and a coffee shack that'll sell you t-shirts and stickers as well.

There were a lot of RVs set up for lengthier stays. Most folks had dune buggy type cars, but nothing as cool as Wonderbuggy. Oceano Dunes is one of the last places folks can hoon around in the sand. It seems there is an ongoing battle to preserve/eliminate the dune buggies.

Due to Pismo being about a 2-3 hour drive from both SF and LA, I like to break up the drive between the two cities by stopping here when running the coast. The dogs are much happier with a shorter day in the car.

It is important to note the showers here are were not very hot during my 3 attempts in 2019.