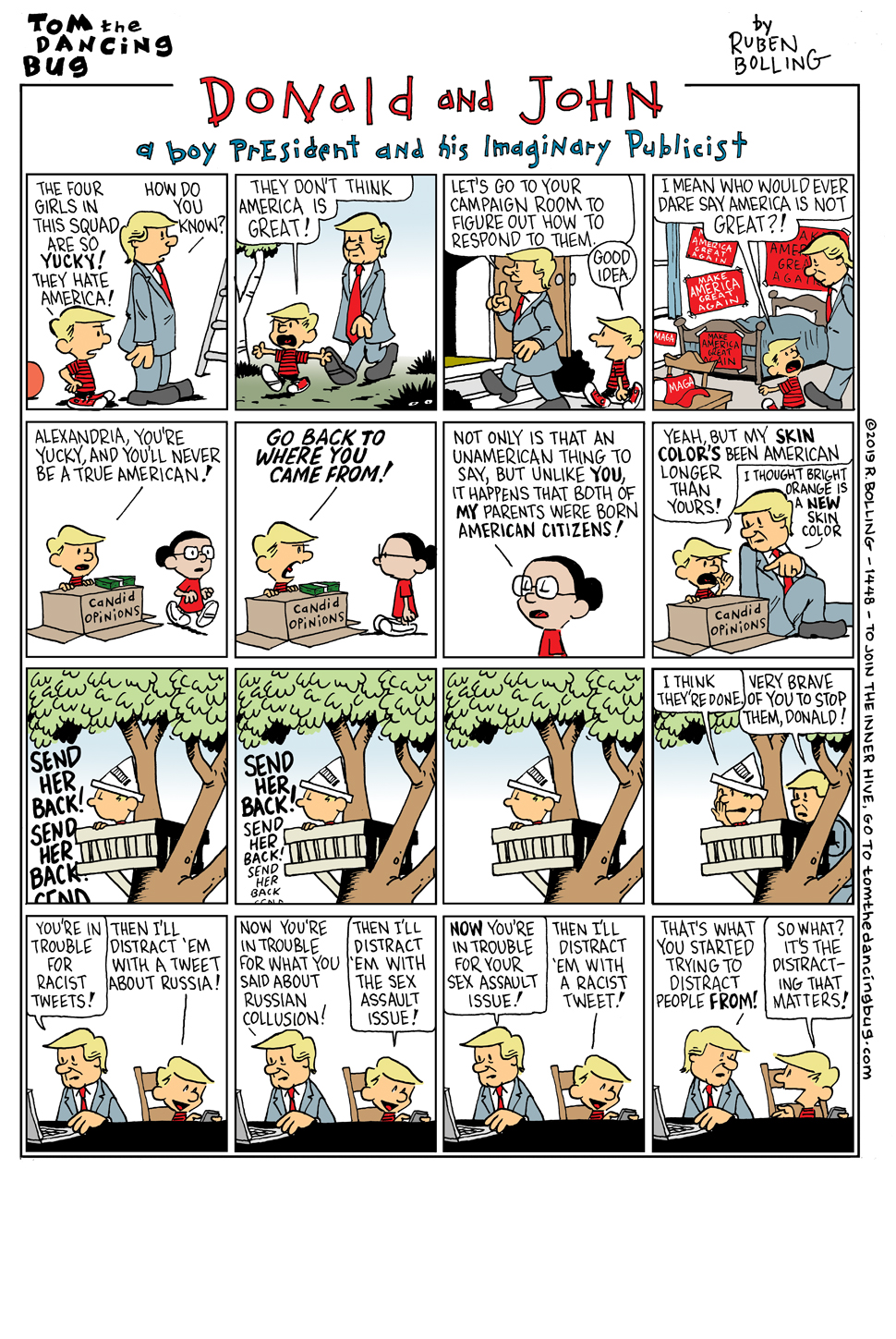 Tom the Dancing Bug, IN WHICH spunky little Donald and his imaginary publicist John protect America from brown-skinned Congresswomen